Dulquer Salmaan Asks Wife Amal Sufiya On Anniversary: How Did You Marry A Cartoon Like Me? 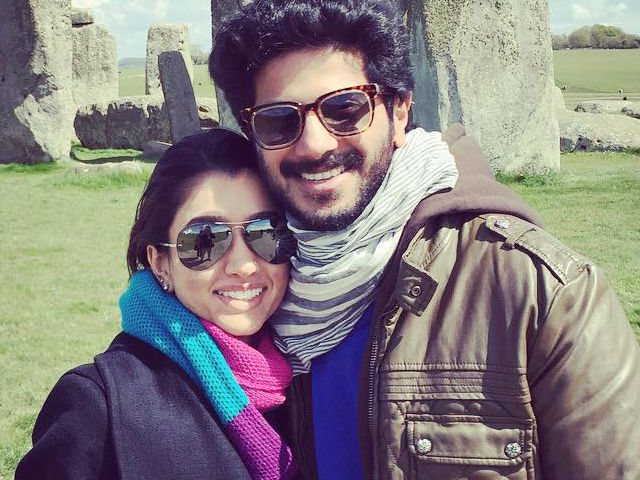 Dulquer Salmaan shared a message for Amal Sufiya on Instagram

Actor Dulquer Salmaan is a busy man. He's not home for his wedding anniversary, but in an Instagram post he wished his wife with a heartwarming message and promised to make up for not being with her on their anniversary. The actor married Amal Sufiya in 2011. "How you married a cartoon like me I'll never know! But thanks baby! Happy Anniversary!! 5 years flew by like 5 blinks! I'm so sorry I'm not home this year. I promise to make it upto you when I get back (sic)," he wrote with a goofy picture of the couple.


How you married a cartoon like me I'll never know ! But thanks baby ! Happy Anniversary !! 5 years flew by like 5 blinks ! I'm so sorry I'm not home this year. I promise to make it upto you when I get back!! #dQ&A #babygirl #halfadecade #us2 #goofyonvacay #asalways #happy5years #iasked #yousaidyes #herewearenow

Salmaan is currently making Solo with director Bejoy Nambiar. The film is Wazir director's first Malayalam film. Bejoy says the 30-year-old actor makes acting seem effortless. He told iFlickz: "He is extremely talented and is one of the stars to watch out for in the future. In fact, I am trying to keep pace with him on sets. His range as an actor is just amazing. The best part of his working style is that though he prepares well for the shoot, yet during the take he makes it seem so effortless. It looks so natural that you can't help but only look at him as the character, forgetting that it's Dulquer. That's an amazing quality for an actor to have, to cross the thin line between real and fake."
Not much is known about Solo but the director did reveal that Salmaan will romance fives stresses in the film.
Salmaan, son of superstar Mammootty, started his film career with 2012 film Second Show which received mixed reviews but his second film in the same year Ustad Hotel dis well and won a National Award too. His other popular films are O Kadhal Kanmani, Bangalore Days and Blue Skies, Green Waters, Red Earth. Salmaan was last seen in Jomonte Suvisheshangal.