Duvvada Jagannadham movie teaser: The teaser of Allu Arjun's new film has been released, in which the actor plays a character who appears to be an orthodox Brahmin 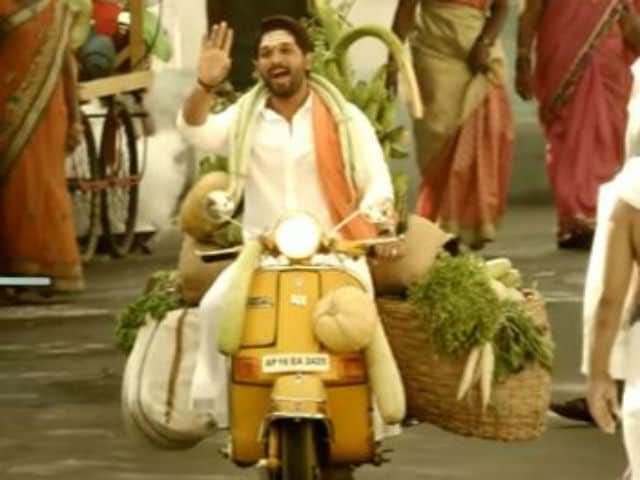 Actor Allu Arjun, who is best known for playing trendy and urbane heroes in Telugu films, can now be seen in an all-new look in the teaser of his new film Duvvada Jagannadham. In his new film, Allu plays a character who appears to be an orthodox Brahmin, with sandalwood striping his forehead. The teaser of DJ was released today to coincide with the festival of Maha Shivratri. The short clip released shows the actor playing a Telugu Brahmin cook in crisp whites, who appears to be smitten by the beauty of his love interest in the movie, played by Pooja Hegde. Last seen in the blockbuster film Sarrainodu, Allu Arjun is collaborating with director Harish Shankar, who is known for blockbusters like Gabbar Singh and Mirapakay.
Watch the teaser of Allu Arjun's Duvvada Jagannadham:

Duvvada Jagannadhamwill be Allu Arjun and producer Dil Raju's second project together as the two have worked seven years ago on the film Parugu. Fans of the actor have high expectations from DJ as Allu Arjun and Dil Raju's previous film was a super hit at the box office.
The first look of Duvvada Jagannadham, which was released last week, is already a hit on the Internet and left fans waiting eagerly for more promotional material from the film. The movie is reportedly being shot in Karnataka right now. For its next schedule, which begins at the end of this month, the team will be flying to Abu Dhabi.
The music of Duvvada Jagannadham has been composed by Devi Sri Prasad. Devi Sri Prasad has previously worked on several films starring Allu Arjun, like S/O Satyamurthy, Arya, Julayi, Arya 2, Iddarammayilatho and Bunny. Allu Arjun will next start shooting for director Lingusamy's Tamil-Telugu bilingual movie.