"I was frightened as she (Vidya) is the superstar of Hindi cinema. I thought she will overpower me and whether we will have a tuning or not," said Mangesh 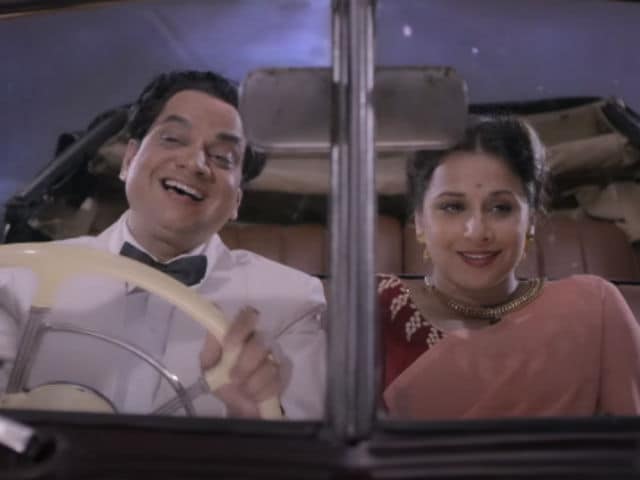 Mangesh Desai and Vidya Balan in a still from Ekk Albela.

Marathi actor Mangesh Desai said that he has no qualms about the spotlight being on his co-star Vidya Balan in their upcoming film Ekk Albela.
Ekk Albela traces the journey of Bhagwan Dada's film career as an actor and director and Vidya's role is credited as a special appearance.
"I am not worried about the focus being on Vidya. If there would have been some other actress from the Marathi film industry, then the film would have been of the same level. The film needed a star like Vidya," Mangesh told PTI.
"Vidya is the USP of the film and the producers would have felt it correct to have her in the film and be a part of the promotions. I am happy and ok that Vidya's name is used first for this film," added Mangesh.
Initially, Mangesh was scared to shoot with Vidya.
"I was frightened as she (Vidya) is the superstar of Hindi cinema. I thought she will overpower me and whether we will have a tuning or not. When I started working with her, I felt that she is down to earth and a very warm and sweet person," said Mangesh.
Mangesh revealed that he was mesmerised by Vidya's patience.
After the film wrapped, Vidya gifted an idol of Krishna to Mangesh.
"While giving the gift, she (Vidya) said rise like the sun. She liked my work. It feels great when someone like her praises you," said Mangesh.
For the actor, portraying the role of Bhagwan Dada was challenging.
"There is not much information on Bhagwan Dada. So it was challenging as I had to make sure that it doesn't look like a caricature or like doing his mimicry. Dancing was the most challenging thing for me. I was confused about my acting but dance was a big challenge," said Mangesh.
Ekk Albela is scheduled to release on June 24.