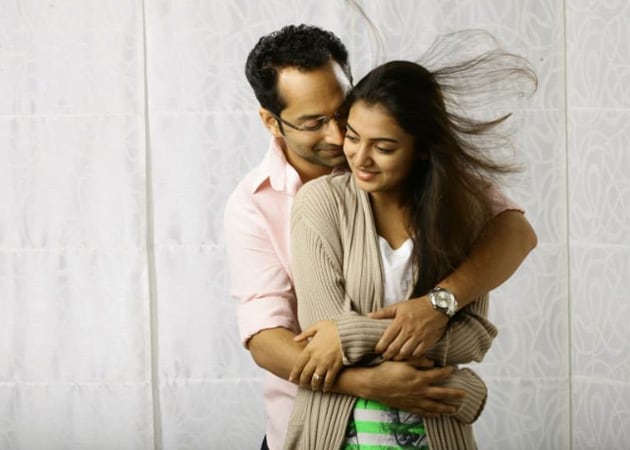 A promotional still from Bangalore Days featuring Fahadh and Nazriya

Nazriya is from the Thiruvananthapuram, while Fahadh hails from Alappuzha. The two got engaged early this year

Malayalam actors Fahadh Faasil and Nazriya Nasim got married here on August 21.
Celebrities and dignitaries attended the 'nikaah'. The entry to the venue was only by invitation and as a result fans and the media were left disappointed.
Nazriya is from the Thiruvananthapuram, while Fahadh hails from Alappuzha. The two got engaged early this year.
Fahadh, the son of director Fazil, made his debut as a child artiste with 1992 release Pappayude Swantham Appoos and a decade later he entered filmdom as a hero in his dad's film Kaiyethum Doorath, but it bombed at the box office.
Soon after his first film's fiasco, he moved to the US for higher studies.
In 2009, he made a comeback and churned out a string of hits like Akam, Chaappa Kurishu, 22 Female Kottayam, Diamond Necklace and Annayum Rasoolum.
Nazriya too started her acting career as a child artist with director Blessy's Palunku in 2006, and turned into a lead actress with Maad Dad, and later featured in films like Neram and Naiyaandi.