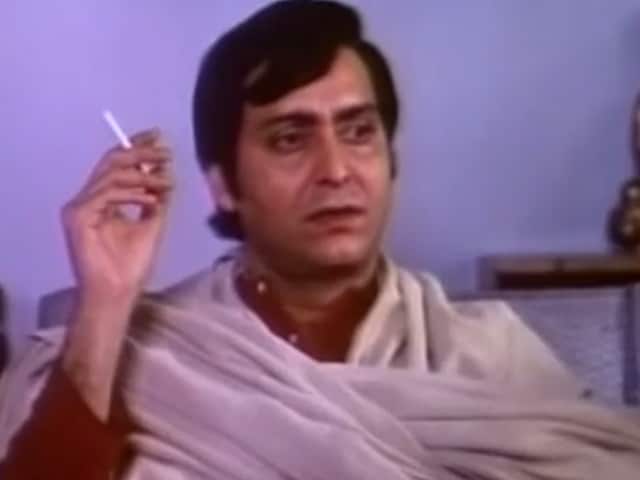 A still from Sonar Kella.

Feluda: The Sleuth's Story explores Satyajit Ray's prowess in filmmaking and more than that it shows his expertise in story-telling

50 years after ace detective Feluda burst on to the Indian crime fiction scene, a documentary revisited the highly successful series created by auteur Satyajit Ray. It also sheds light on the legendary filmmaker's multi-talented personality that helped shape the legacy of the famous sleuth.
Since the first Feluda whodunit, Feludar Goyendagiri (Feluda's Investigation) in December 1965 in Sandesh magazine, the series have been translated into four Indian languages besides English, French, Italian, Swedish, German and Japanese.
The books have spawned hit films, animations and comics and the character has attained a cult status among the young and the old alike.
Revolving around the 27-year-old athletic Pradosh Chandra Mitter, nicknamed Feluda, the novellas showcase the private eye's superb analytical and observational skills to dig out clues that ultimately lead to the solution of the mysteries - be it murders, smuggling, theft or kidnapping.
Feluda is said to have been modelled on Sherlock Holmes. The cigarette-smoking and martial art-trained Feluda is accompanied in his sleuthing pursuits by cousin, Tapesh Ranjan Mitra or Topshe who is the narrator of the stories and may have been loosely based on character of Dr John Watson. Satyajit Ray also brings in a character from his sixth novella onward called Jatayu (lal Mohon Ganguly), a writer of thriller novels who provides a much-loved comic relief.
Feluda possesses a .32 Colt revolver but rarely uses it.
In the documentary, titled Feluda: The Sleuth's Story, filmmaker Sagnik Chatterjee delves deep into what made the detective stories so endearing.
"Satyajit Ray made films like Nayak on the one hand and Feluda on the other and the latter is a hit with both young and old alike. He could do films and write for both children and adults," said Mr Chatterjee.
His documentary, he said, explores Satyajit Ray's prowess in filmmaking and more than that it shows his expertise in story-telling, illustration and graphic designing among other talents. "It is a tribute to Satyajit Ray who gave Indians a superhero called Feluda," Mr Chatterjee told IANS. April 23 marks the 23rd death anniversary of Satyajit Ray.
He filmed the first Feluda movie Sonar Kella (The Golden Fortress) in 1974 in Rajasthan (Jaisalmer). His second Feluda outing set in Varanasi was in 1979 with Joy Baba Felunath (The Elephant God).
Actors Soumitra Chatterjee, Santosh Dutta and Siddartha Chatterjee played the role of the three key characters, while Kushal Chakravarty played the child who is able to remember events of his previous life in Sonar Kella.
The subsequent novels were adapted on screen by Satyajit Ray's son Sandip.
After Soumitra, actors Sabyasachi Chakaraborty and Abir Chatterjee were brought in to play the detective.
Mr Chatterjee's documentary also includes portions on the changing actors and Satyajit Ray's team that was involved with the franchise, including his cinematographer Soumendu Ray.
However, Mr Chatterjee emphasizes that Feluda is mainly about the books. "Feluda films are just the contributing factors. Feluda continued to live in the books till 1992 which remain vital to the enduring legacy of Feluda and this will come across in my documentary strongly," he said.
Through artefacts and memorabilia associated with Feluda series, contributed by Sandip and the Ray Society, the 90 to 100 minutes documentary will be an "entertaining" experience, promised Mr Chatterjee, who had assisted Sandip in directing the newer Feluda films.
The documentary will have a theatrical release around December. "Since Feluda means entertainment, the film will do justice to that factor," he concluded.