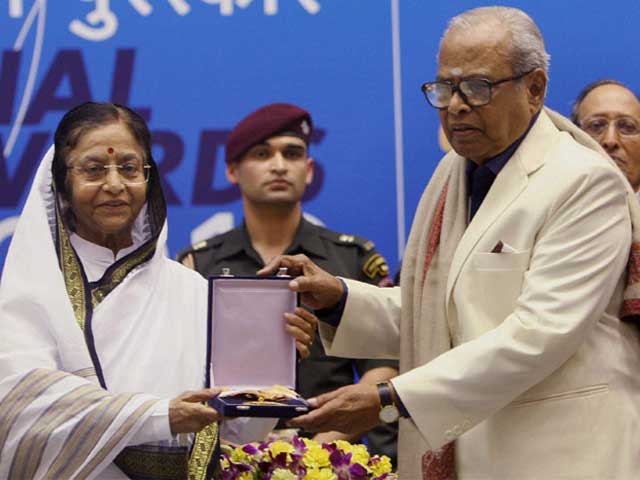 Legendary filmmaker K. Balachander, who was admitted to Cauvery hospital, has been shifted to the Intensive Care Unit (ICU). He is undergoing treatment for urinary infection.

"Veteran film director K. Balachander has developed urinary tract infection and has been admitted to the ICU for further treatment. He is critical but his general condition is stable. He is being ably managed by a team of doctors," director of medical services, Cauvery hospital, said in a statement.

The 84-year-old was taken to the hospital on Monday.

Kamal Haasan on Tuesday wished Balachander a speedy recovery. He said that he wants to show him Tamil film Uttama Villain, which also features his guru, before it's too late.

Rajinikanth too paid a visit to his mentor. Mohan Raman, Khushbu and filmmaker Mani Ratnam also visited him in the hospital after learning about his health condition.