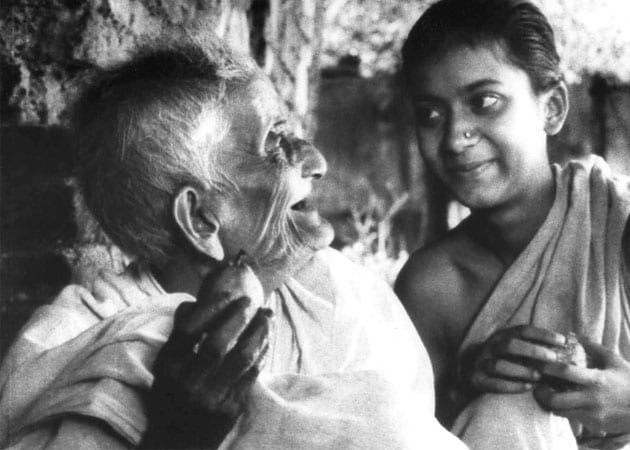 Superstar Prosenjit Chatterjee recalls how captivated he was as a child while watching Satyajit Ray's films on children.

Superstar Prosenjit Chatterjee recalls how captivated he was as a child while watching Satyajit Ray's films on children.
"The signature tune, theme music of Satyajit Ray's films, can also be traced in the work of Mr Ray's son Sandip or Babu," Mr Chatterjee told PTI after watching Chaar here. (Also read: Satyajit Ray classic Mahanagar to re-release in eight cities)
"Yes, the typical theme music is there which strings all the four stories together," the Mishawr Rawhoshyo actor said.
"But the two directors, Manikjethu (Satyajit Ray) and Babu have different styles. From Pather Panchali, to Jalsaghar to Goopy Gyne Bagha Byne to Sonar Kella, all his films have that unmistakable imprint of a genius, and his Bengali touch," Prosenjit Chatterjee said. (Also read: Satyajit Ray wanted to make Guide: Waheeda Rehman)
"Babu is another director, who follows his own film craft and narrative, which the audience can relate to. But one thing is the same. He has retained the same Bengali touch. Seeing Parasuram and Saradindu's short story characters foster that nostalgia," Mr Chatterjee said.
Chaar, which has famous stories like Poriksha of the 40s era, Bateswar and Kaagtarua, has an enviable cast of Koel Mallick, Saswata Chatterjee, Abir Chatterjee and Paran Bandyopadhyay. It was produced by Shri Venkatesh Films.