Ghazi: Rana Daggubati, a deep sea diver himself, has revealed how he shot for the film's underwater scenes 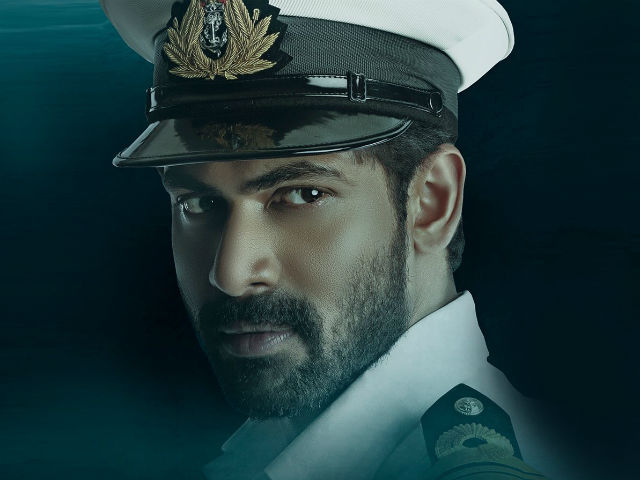 Actor Rana Daggubati, who stars as a naval officer in upcoming war drama Ghazi, has revealed how the gruelling underwater scenes were filmed. The 32-year-old actor told Hindustan Times that he did most of the stunts himself, saying, "I am a certified deep sea diver with a professional diving licence, but it has been a while since I did my last dive and I so wanted to try my skills. I had to do a few rehearsal rounds before I started the shoot, but it was not so simple because we didn't know what we would encounter. We had to look out for sudden water currents and for pieces of metal. To shoot such scenes one has to be trained specially."
The Telugu-language Ghazi, which will be released in Hindi as The Ghazi Attack, is based on the story of how Pakistani submarine PNS Ghazi was sunk by Indian submarine S21 during the 1971 war between India and Pakistan. Rana Daggubati's character is named Lt Commander Arjun Varma. His fellow officers are played by Kay Kay Menon and Atul Kulkarni. The crew of S21 was forced to remain underwater for 18 days - Ghazi will document their survival and the destruction of the Pakistani submarine.
Rana earlier told news agency IANS: "The sequences were shot over three days and required me to be underwater from six in the morning to two in the night. It was taxing but I was committed to giving it my best. The fact that it's a first of its kind movie motivates me to keep working hard."
"After a month of shooting, I knew a lot of actors started to feel very claustrophobic. There were occasions when we didn't see sunlight for days together. This is when we decided to take a break and shoot other portions which happen on land," Rana told IANS.
Rana Daggubati underwent a massive physical transformation for his role in Ghazi, which also stars Taapsee Pannu and late actor Om Puri.
Presenting Rana Daggubati as Lt Commander Arjun Varma:

Here's the poster of Ghazi:

Directed by Sankalp Reddy, Ghazi will hit the theatres on February 17 and will release simultaneously in Telugu, Tamil and Hindi. Karan Johar's Dharma Productions is working on the Hindi version of the film.
After Ghazi, Rana Daggubati will be seen in the concluding part of S S Rajamouli's magnum opus Baahubali 2 as Bhallala Deva.