Guru Teaser: The mantra Venkatesh's character follows while training his students are: "Learn to be the best. Otherwise, get the hell out of here" 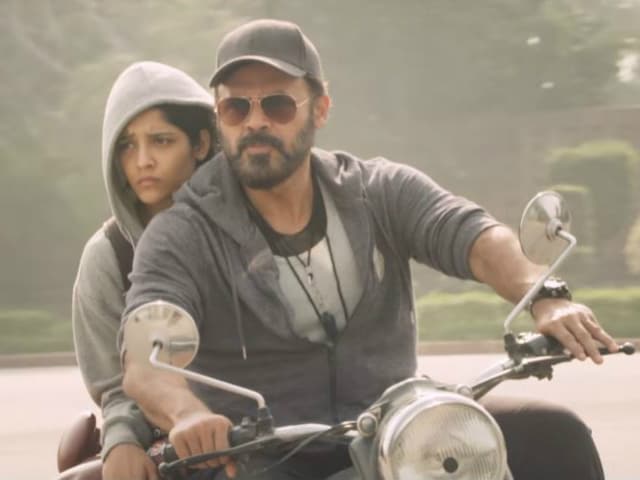 Guru Teaser: A still from the film

The new teaser of Telugu superstar Venkatesh's new film Guru released on Tuesday and is packed with powerful punches from both - actress Ritika Singh and her Guru, Daggubati Venkatesh. The boxing-drama is a remake of R Madhavan's Saala Khadoos, which also released in Tamil as Irudhi Suttru in 2016. Ritika Singh reprises her role in the Telugu version of Madhavan's bi-lingual film, helmed by director Sudha Kongara, who also holds the reigns for Telugu film Guru. Venkatesh features in the role of a boxing coach, who appears to show very little mercy on the training floor and no mercy at all at the boxing ring.
The mantraVenkatesh's character follows while training his students are: "Learn to be the best. Otherwise, get the hell out of here." The teaser also tracks the journey of the character played by Ritika. She was hand-picked by the guru for the wrestling ring and she transforms from being a mere fisherwoman to a boxing champion. Venkatesh appears as fierce and stern as a coach and his attitude is only matched by his disciple's feisty nature.
Venkatesh trained for his boxer persona in the film for nine months while Madhavan took more than two years to get into the skin of the character, revealed Sudha. "All the muscles you see on the posters is due to his hard work," said the director, reported iflickz.Com.
"Venkatesh is totally disciplined as an actor. Even before Irudhi Suttru released, he had come on board as a lead for the Telugu version, in January. He said he would get a special trainer to learn boxing and he started off from April. He had to take a break due to an injury but started again in June. So all the muscles you see on the posters is due to his hard work. He told me, 'Madhavan got his beefy look in over two and half years whereas I have had only nine months to get into character, between shooting other films. So I have to work doubly hard'," Sudha told iflickz.Com.
Video: Watch the teaser of Guru:

Guru, has also been written by Sudha Konagra and has extensively been shot in Goa, Vizag, and Hyderabad. Guru is scheduled to release on January 26.