Has Jyothika Been Replaced By Nithya Menen In Vijay's 61st Film?

Tamil superstar Vijay will also share screen space with actresses Samantha Ruth Prabhu and Kajal Aggarwal, who have previously featured in films with him 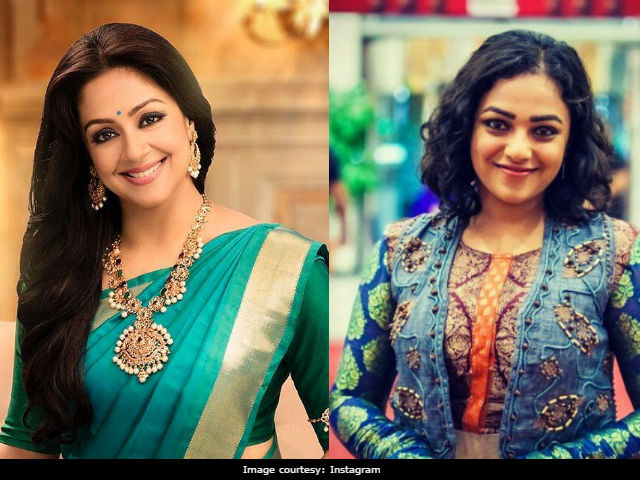 South actress Jyothika, who was all set to star in Vijay's yet-untitled next, has reportedly been replaced by Iru Mugan actress Nithya Menen. Nithya was roped in after Jyothika reportedly quit shooting for Vijay's film, which is tentatively titled Thalapathy 61 as this will mark Vijay's 61st Tamil movie. Jyothika and Vijay are co-stars of 2003's Tamil action drama Thirumalai and 2000's love story Kushi. Vijay's film started trending on Tuesday after reports of Jyothika walking out of the movie started doing the rounds on the Internet. Tamil superstar Vijay will also share screen space with actresses Samantha Ruth Prabhu and Kajal Aggarwal, who have previously featured in films with him. Grapevine has it that Jyothika opted out of Vijay's film due to date issues. Reports are also stating that Asin and Simran were being considered for Jyothika's role.
The ensemble cast of Vijay's 61st film also includes actors like Vaigaipuyal Vadivelu, SJ Suryah, Sathyaraj and Sathyan. Vijay has worked Samantha Ruth Prabhu in AR Murugadoss' action drama Kaththi, and with Kajal, he's worked in 2014 film Jil
Vijay will be directed by Atlee, with whom he collaborated for 2016's blockbuster Theri. The film went on floors earlier last week and will extensively be shot in the US, reported news agency IANS. "A few locations for the shooting have been locked in the US, and a few more will be finalized during the next visit," a source close to the film's told IANS.
Oscar-winning A R Rahman has been roped in to score for Vijay's 61st film. Vijay was last seen in Pongal release Bairavaa, in which he co-starred with Keerthy Suresh.