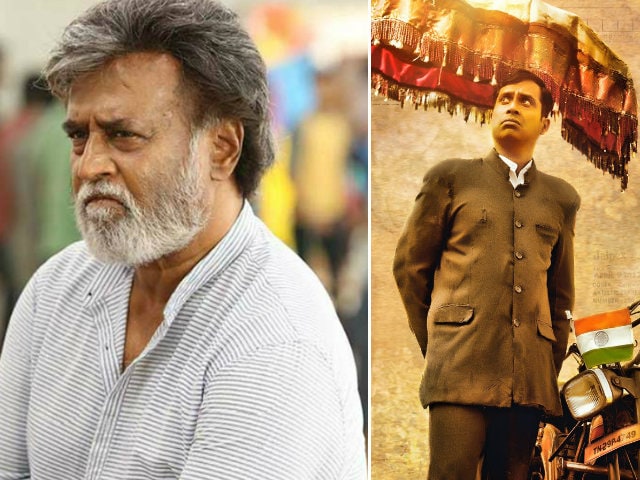 Rajinikanth in a still from Kabali (L) and a poster of Joker (R).

After impressing audiences and critics alike, Tamil socio-political drama Jokerhas won over superstar Rajinikanth, who has termed it as "brilliant".
The Raju Murugan-directed film released on August 12. This is what Rajinikanth tweeted:

I applaud the team of #joker, brilliant film !

Got a call from the one & only @superstarrajini sir! Appreciated the whole team for #joker#magizhchi.

Joker is a political satire about the ills of globalization.
The film stars Guru Somasundaram, Ramya Pandian and Gayatri Krishnaa in the lead.