Originally planned for release much earlier, the project was reportedly delayed due to post-production work involving high-end visual effects 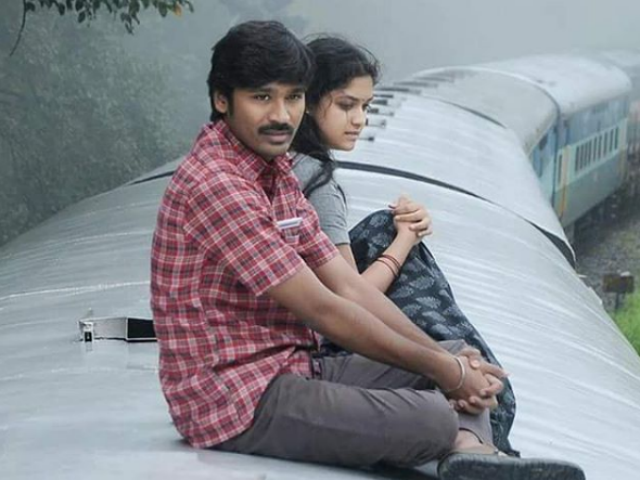 Dhanush's long-delayed Tamil romantic-thriller Thodari, which was shot completely in a train, is set to hit the screens worldwide on September 22.
According to an official statement, the film's makers Satyajothi Films confirmed the release date.
Originally planned for release much earlier, the project was reportedly delayed due to post-production work involving high-end visual effects.
Directed by Prabhu Solomon, the film also stars Keerthy Suresh and Harish Uthaman.
Thodari is inspired from a real-life train journey.
"In 1991, soon after I graduated, I hopped onto a train to Ghaziabad from Neyveli for my first job. It was my first train journey, and it lasted two days and one night. Everything that I experienced during the course of this trip inspired me to make this film," Prabhu had told IANS.
For the Kumki director, the trip was enlightening.
"On this trip, all the people I met, everyone I spoke to and the memories inspired me to make this film. This is a big project, both in terms of budget and canvas when compared to my previous ones. Though this idea has been with me for long, the time to turn it into a film came now," he said.
In the film, Dhanush plays a pantry worker.
(Except for the headline, this story has not been edited by NDTV staff and is published from a syndicated feed.)