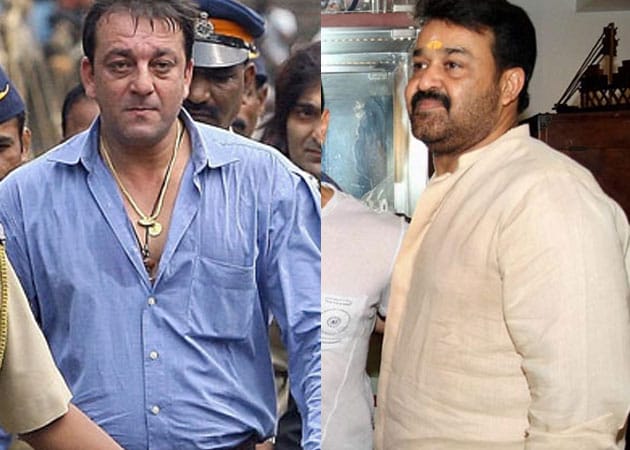 As more and more film personalities express moral support for Sanjay Dutt, convicted for possession of arms illegally, ace Malayalam superstar Mohanlal too says the Bollywood actor should be shown leniency.
Mohanlal expressed his support through a post on Facebook on Saturday. He writes that over the last 20 years, his colleague and friend Sanjay Dutt has been a reformed and good citizen, a loving family man and a person who has braved adversity, to come out stronger and better.
"He certainly deserves our compassion and help to put this chapter behind him once and for all. I sincerely hope and pray that he is shown the leniency he truly deserves and is granted a pardon," writes Mohanlal.
On Thursday last, the apex court upheld Dutt's conviction under the Arms Act for illegally possessing weapons, and sent him to five years in prison.
The popular Mumbai actor has already spent 18 months in jail.
He was earlier convicted by the TADA court for illegal possession of a 9 mm pistol and an AK-56 rifle.
Maharashtra Governor K Sankarnarayanan, a former Kerala finance minister (and close aide of Defence Minister AK Antony) has vested in him, reports indicate, the power to pardon the actor. The governor is going to be under pressure to offer the 53-year-old reprieve.