"I had to jump off train onto the blue metal beside the track on the ground below. As a result, I suffered a ligament tear in my knee. But despite the pain, I completed 3 more days of shoot somehow," Harish said 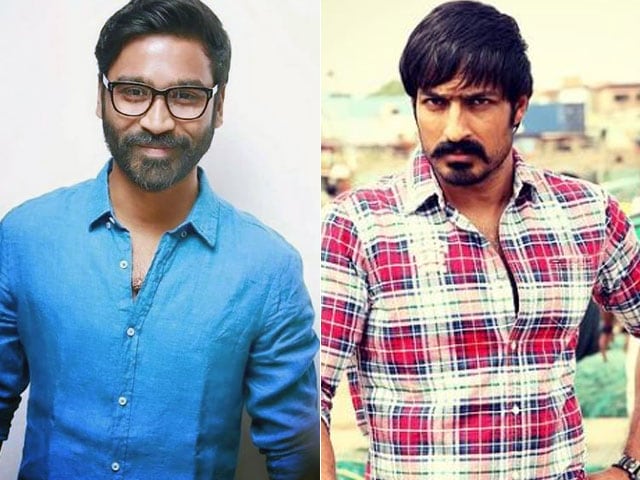 When a movie hits the screens and wins audience accolades, it's the biggest high for the cast and crew. But for that, the pain they go through sometimes can be extensive. For the team of Dhanush's next Tamil film, Thodari, the shoot has not been an easy one.
One of the longest train films to be shot, the cast had a tough time shooting on running trains, cramped compartments, jungles and arid terrain across India. In a chat with the villain of the story, actor Harish Uthaman, we discovered the pain and pleasure that went behind the making of Thodari 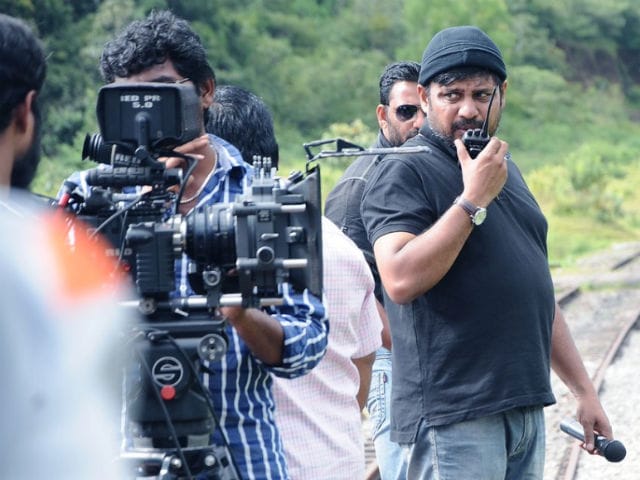 Harish recalls shooting for nearly 50 days for Thodari, both on real, moving trains and on the train sets at the Binny Mills in Chennai. The actor, who plays a commando with shades of grey, says, "Working with director Prabhu Solomon, Dhanush and heroine Keerthy Suresh was a great experience. I had many combat scenes with Dhanush, many of them were shot atop moving trains. We had to be extra careful to keep an eye on the shot and also not to lose foothold on the slippery train surface. I enjoy outdoor adventure activities and practice Parkour training, so I actually enjoyed shooting those scenes."
But despite all the care they took, Harish suffered a ligament tear during one shot. But that didn't stop him, "I had to jump off train onto the blue metal beside the track on the ground below. As a result, I suffered a ligament tear in my knee. But despite the pain, I completed 3 more days of shoot somehow." He later underwent a surgery and had to take a break from films for 6 months.
Injuries seem to be a part and parcel of an actor's life. During another fight sequence of Thodari, in the cramped space of the attender's cabin, both Dhanush and Harish seemed to have had a fair share of injuries on their heads, hands and legs. Harish says, "The attender's cabin on a train has one berth, a fan and some shelves. In that cramped space we shot for 3 days for a fight sequence. No matter how careful we were, since it was a small space, both of us got injured many times. Dhanush especially got hit on his head several times as he had to climb on the berth and fight. Though I tried my best to avoid it, his head got bumped against the roof and the sides of the small cabin. I too got hit on my legs and hands." 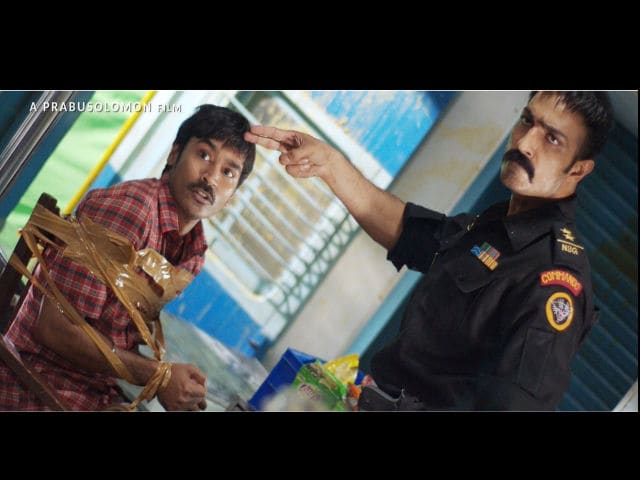 As if being hit and tearing a ligament weren't enough, he also had to contend with the fear of naxals appearing during one stretch of the shoot. "We shot extensively in Raigada in Orissa, which locals told us was a naxal area. We were told that naxals could appear out of the forest at any time. We were given police protection. But all through the days of shoot there we felt a certain tension since our train kept moving then stopping for long stretches in the area!"
Describing Dhanush, he says, "He's thoroughly focused on his work and doesn't let anything from the outer world affect or distract him when on sets. He says that we are in the industry to do work and we need to keep our attention on that." 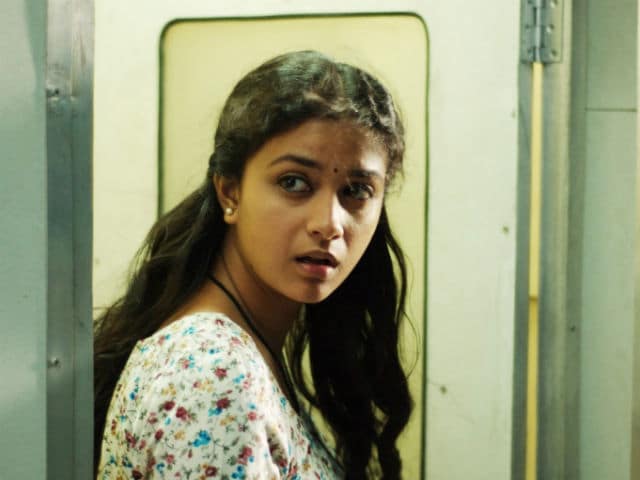 It wasn't just the hero and villain who roughed it out. The heroine, Keerthy literally underwent pain, but bore it in a professional manner. Harish says, "For one important scene, I had to chase Keerthy and in the melee I had to pull her by the hair and slap her and drag her by her hair. She was a complete professional all through. I went running behind her, and since she too was running, we both were unbalanced. I slapped her and dragged her by her hair. It was very painful for her, but she didn't complain even once. We had to do it in 2 takes but she was very supportive and underwent it without a murmur. Later I apologised to her but she brushed it aside saying it was for the film."
Thodari has Dhanush playing a pantry boy while Keerthy plays a makeup assistant. The film, directed by Prabhu Solomon will hit the screen on September 22.
(This story has not been edited by NDTV staff and is auto-generated from a syndicated feed.)