How Kajal Aggarwal Kissed Suriya in South Film. The Truth is Hilarious

In Bollywood, she was last seen in Do Lafzon Ki Kahani with Randeep Hooda, whom she also kissed. We doubt that was for real too 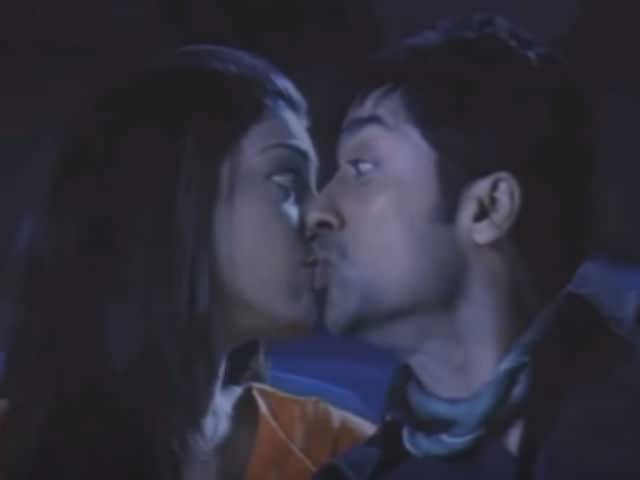 Showbiz will forever be indebted to the green screen. Not only does it help churn out alien invaders in films like the just-released Independence Day: Resurgence, it comes in handy when actors feel shy about puckering up. A video from 2014 that reveals how actress Kajal Aggarwal shot a kissing scene without actually kissing her co-star Suriya (you read that right) has been dredged up and is going viral.
The scene in question appeared in the 2012 Tamil/Telugu movie Maattrraan, which featured Suriya in a double role. Suriya and Suriya are at a cinema watching a film with Kajal's character, when Suriya #1 tricks Kajal into kissing Suriya #2.
None of this happened for real. As behind-the-scenes footage reveals, Kajal actually kissed a chroma cushion and Suriya kissed a plastic sheet.
Presumably it was preferable to kissing each other.
We'll let you watch the video for a bit more clarity. This must be what they call the magic of the movies.

Kajal Aggarwal, 31, is the star of films like Magadheera, Singham, Special 26, Maari and Brahmotsavam.
In Bollywood, she was last seen in Do Lafzon Ki Kahani with Randeep Hooda, whom she also kissed. We doubt that was for real too.