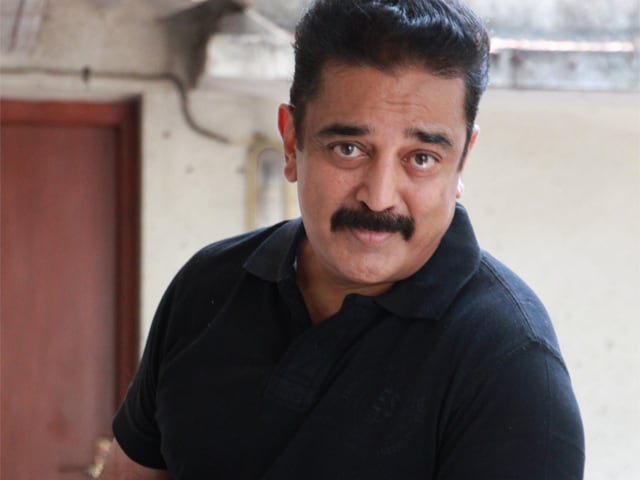 Kamal Haasan assured that Uttama Villain will be a "good film".

Actor-filmmaker Kamal Haasan said that his upcoming Tamil movie Uttama Villain, in which he plays a superstar and an eighth century theatre artiste, is the story of an actor. He also clarified that it isn't a "satire on the film industry".
"It's the story of an actor; a superstar with and without a mask. All those who have asked me whether this is the story of my life, I'd like say all my stories have some part of me," Kamal told IANS. (Also Read: In Uttama Villain Trailer, Kamal Haasan Plays an Ageing Superstar)
Directed by actor Ramesh Arvind, the film features Mr Haasan's mentor and late legendary filmmaker K Balachander in an important role.
"I've always wished to work with him (K Balachander). For many years, he dodged opportunities to act but this time around, I finally managed to convince him. He plays a very important role of a director called Margadarshi," Mr Haasan said, and added that Mr Balachander is the common thread between the two stories in the movie. (Also Read: Trouble, Controversies Always Follow Me, Says Kamal Haasan)
He said that Mr Balachander was reluctant to be part of the film, citing health reasons and that he had forewarned the team.
"He had asked what we'd do if he passed away in the middle. He reminded us several times about our decision to cast him and that we were making a mistake. I told him if at all anything happens, I'd change the story and complete the film," he added.
"As soon as we finished shooting for the film, he rushed us to do the dubbing. When he fell ill and was hospitalised, I was mixing the film in the US. When I asked him should I leave and come visit him, he told me to finish all pending work and then return," he said.
For Mr Haasan, Uttama Villain is an "important" and "unforgettable" film. More importantly, it will be a "good film", he assured.
The film, which is slated for release on April 10, also features talented actors such as Urvashi, MS Bhaskar, Nasser, Jayaram, Pooja Kumar and Andrea Jeremiah.
On his decision to choose his friend and co-actor Ramesh to direct the project, Mr Haasan said, "Ramesh and I come from KB school. We're friends and his students. Ramesh has been involved in story discussions of my several projects and he helped in choosing the story of Uttama Villain".
"At all times, I have several stories with me. While discussing a few stories with Ramesh, he suggested that I should take up the story of this film. I felt he could direct it because as Mr Balachander's proteges, we've learnt to be directors as well," he said.
Talking about the plagiarism charges in Uttama Villain, Mr Haasan said all his films have been inspired.
"I take inspiration from all the films I have seen and everything around. Sometimes even from the people I meet in my life. I'm not an original man," he said, and pointed out that the plagiarism allegations against the Theyyam art in his film as merely "inspiration".
"All those who think I've copied the Theyyam art from a French photographer, should know that this art existed even before the French started speaking French," he said.