Hrithik Roshan shared the link of Veeram, directed by Jayaraj on social media 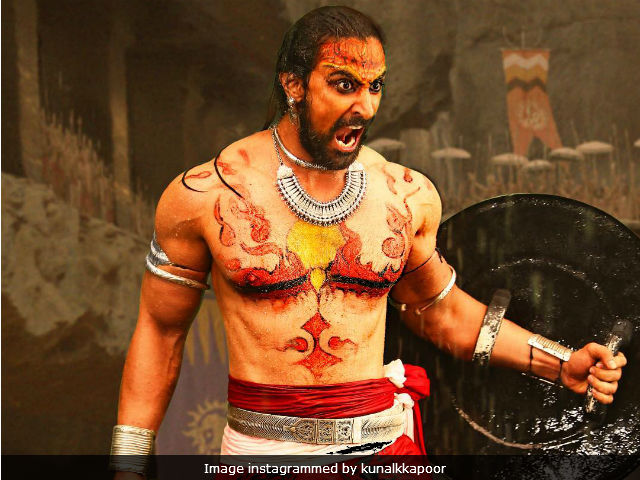 Hrithik Roshan recently unveiled the trailer of Kunal Kapoor's upcoming film Veeram on social media, calling it 'incredible'. The film is an adaptation of William Shakespeare's play, Macbeth, which has been written and directed by National Award winner, Jayaraj. Veeram is the filmmaker's fifth installment in the Navarasa series after Karunam, Shantham, Bheebhatsa and Adbutham. The movie tells the story of Chandu Chekavar, played by Kunal Kapoor, an infamous warrior in the 13th century North Malabar. The film is scheduled to release on 24 February. Kunal Kapoor also posted on social media thanking the Kaabil actor for promoting his film. Veeram has been shot in three different languages - Hindi, English and Malyalam.
Check out the movie's trailer here:

Veeram will see the Rang De Basanti actor in an all new look. The film has been mostly shot in in Aurangabad, Agra and a few places in Kerala. The film was premiered at the BRICS Film Festival on 2 September, 2016 in New Delhi. The film also features Divina Thakur, Shivajith Nambiar, Aaran, Himarsha Venkatsami and Satheesh Menon.
Kunal Kapoor was last seen in 2016 movie Dear Zindagi, starring Alia Bhatt and Shah Rukh Khan. The 39-year-old actor will also been seen Raagdesh, directed by Tigmanshu Dhulia, which is based on INA trials.
Meanwhile, Hrithik Roshan was last seen in Sanjay Gupta's Kaabil opposite Yami Gautam. The 43-year-old actor will soon begin shooting for Rakesh Roshan's Krrish 4. The Mohenjo Daro actor has been a part of the Krrish series, which featured him in the role of superhero.