I For Eye: Meet Vikram the Werewolf, The Bodybuilder and The Hunchback 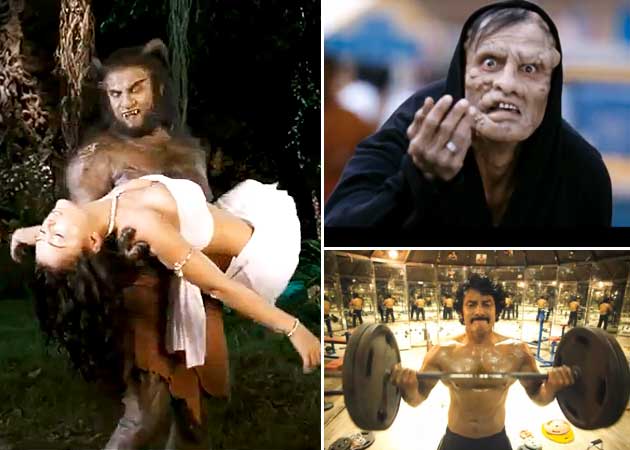 A still from the teaser of I featuring Vikram

Shankar teams up with Tamil cinemas Mr perfectionist, Chiyaan Vikram for the film, which will see the actor play three roles which also include a hunchback and a werewolf.

This time, he has teamed up with Tamil cinema's Mr Perfectionist, Chiyaan Vikram for I. The film, which was till recently titled Ai, will see the actor play three roles which also include a hunchback and a werewolf.

The music of the film, composed by Oscar winner A R Rahman, was launched by superstar Rajinikanth on September 15 in Chennai in the presence of Hollywood sensation Arnold Schwarzenegger, Kannada actor Puneeth Rajkumar and the entire team of I. The teaser of the film was also released at the same event, which gives one a vivid glimpse into what I is all about. The visuals open with Vikram's werewolf avatar looking straight at you. From there we are taken through a roller coaster ride of sorts as we are introduced to all the characters and the settings in the film, which include Vikram playing a hunchback, a look which was teased in the motion poster releases few days back. The trailer also introduces us to Amy Jackson's character and we also get a look at actor Upen Patel, who is making his Tamil debut with the film.

Apart from character introductions, we get a glimpse of the song and action sequences as well. While the song sequences show a heady mix of wonderful locales and visual effects, the action sequences tease special effects combined with high precision action.

This is the second time Vikram is teaming up with Shankar, after the blockbuster Anniyan, which shattered box-office records almost a decade back.

The teaser has already gained more than 1.3 million hits on YouTube within 24 hours of it's release.