I'm Opposed to Any Kind of Censorship: Adoor Gopalakrishnan

"In a democracy, censorship has no place. Censorship works only in dictatorships, not in democracy. I am opposed to any kind of censorship," Mr Gopalakrishnan said while promoting his film at the Press Club here on Tuesday 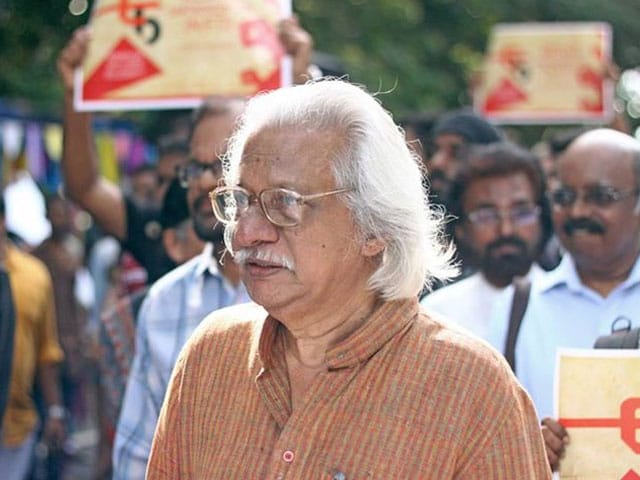 A file photo of Adoor Gopalakrishnan

Veteran filmmaker Adoor Gopalakrishnan, who awaits the release of his forthcoming Malayalam drama Pinneyum, has come down heavily on the very notion of censorship. He said that it is high time to scrap censorship.
"In a democracy, censorship has no place. Censorship works only in dictatorships, not in democracy. I am opposed to any kind of censorship," Mr Gopalakrishnan said while promoting his film at the Press Club here on Tuesday.
"I don't want anyone to tell me what to do and what not to do," he said.
Talking about piracy, which has plagued the film industry, the multiple National Award winning filmmaker said that there should be severe punishment for those who commit piracy.
"It is because of a lack of stringent punishment that people indulge in releasing films in the internet even before the official release of the films," he said.
Mr Gopalakrishnan also said that it's wrong to address non-Hindi films as regional cinema.
"Every film is a national film. Nobody called Satyajit Ray as a Bengali filmmaker. Globally, Bollywood films have been identified as Indian films, which is totally wrong. Bollywood doesn't represent Indian films," he said, and rued that many good regional films don't get the recognition and adulation they deserve as they get overwhelmed by Bollywood films.
"In one of the international film festivals, a foreign filmmaker was really surprised to know that we make good non-Hindi movies in India. It is very common to identify Hindi cinema for Indian cinema," he said.
Talking about his new film, which stars Dillip and Kavya Madhavan in the lead, he said it is for the first time that his movie is getting released outside Kerala. It will be released in all metros and major cinemas.
"This movie is about human relationships, crime, family, love and the human craving for material wealth while basic human values are being sacrificed," Mr Gopalakrishnan said.
Pinneyum will release on August 18
(This story has not been edited by NDTV staff and is auto-generated from a syndicated feed.)