In Kabali-Crazy Chennai, Tickets to Rajini Film Sold in Black at Rs 5,000

In Chennai, fans set off firecrackers, gave out sweets and poured milk over giant posters advertising the movie, a tradition that derives from the ritual bathing of Hindu idols in milk 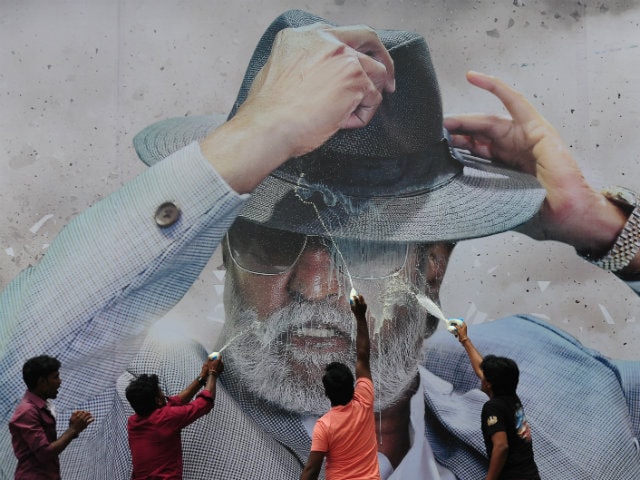 Fans of superstar Rajinikanth queued overnight for a 4 am screening of his new movie Kabali on Friday in Chennai, where many companies abandoned hope of staff coming to work and closed for the day.
Tickets for Kabali, which stars Rajinikanth as an ageing gangster, sold out well before the release and were changing hands on the black market for up to Rs 5,000.
It is quite apparent that the 65-year-old actor inspires an almost god-like adulation in Tamil Nadu and beyond. Fans in the state, however, refer to him simply as 'The Superstar' or Thalaivar.
To celebrate Rajinikanth's new film, fans adopted the signature hairstyle of Rajinikanth's character from the movie. Some even had his face tattooed on their arms as they awaited the release.
In Chennai, fans set off firecrackers, gave out sweets and poured milk over giant posters advertising the movie, a tradition that derives from the ritual of bathing Hindu idols in milk. 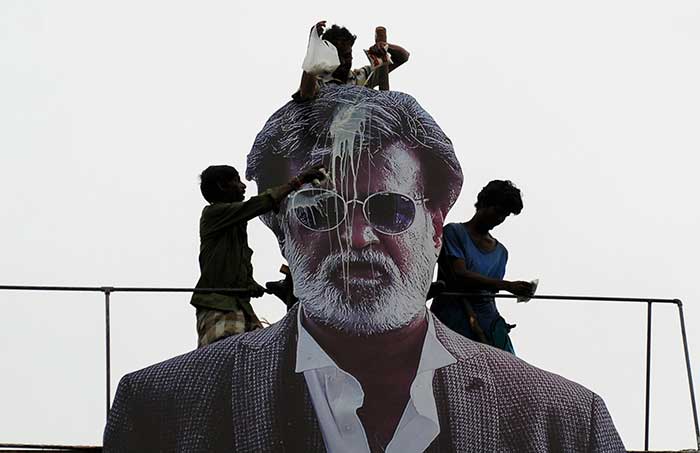 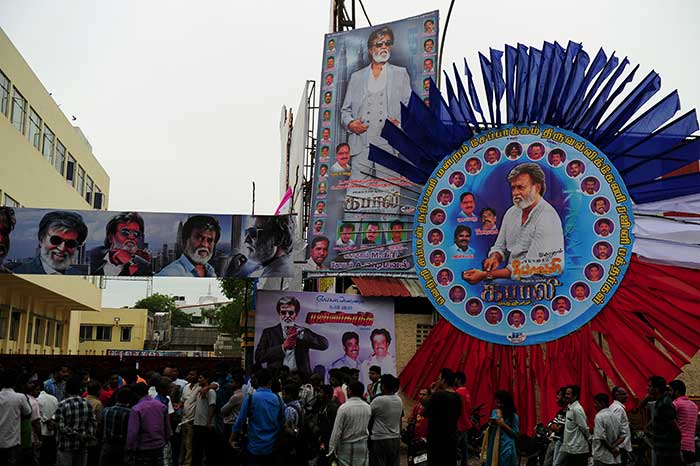 Several companies in the burgeoning IT hub said so many staff had asked for an off on Friday that they had decided to simply close for the day.
"The story line is too good, it's very emotional," said one fan who had watched the 4 am screening in Chennai.
Another fan in Mumbai called the movie "brilliantly awesome".
"It has emotions, it has fights, it has all those things that a Rajini fan expects and it has those super moments where every Rajini fan will start clapping and whistling. Absolutely no disappointment," he told NDTV.
Rajinikanth famously worked as a bus conductor in Bengaluru before heading to Chennai in 1973 to pursue a career in acting.
His last major film, science fiction epic Enthiran, was one of India's most profitable releases ever, making a record-breaking $ 13.8 million globally on its opening weekend in 2011 - including $ 4.4 million in the United States alone. In 2014, Rajinikanth also starred in Lingaa.
Enthiran's performance stoked global ambitions for the Tamil film industry, which is popularly known as Kollywood after the Kodambakkam district of Chennai, where many film studios are based.
Most of Tamil Nadu's chief ministers have had connections to the industry. Current Chief Minister Jayalalithaa was once a leading actress herself.