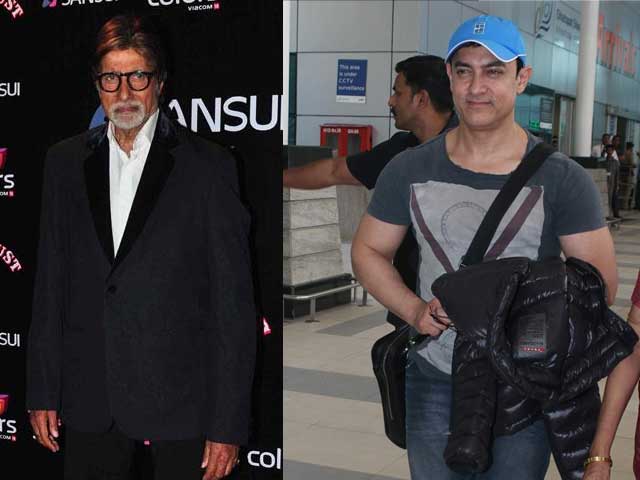 Big B and Aamir have reportedly confirmed their presence

"Invitations have been sent to Amitabhji and Aamirji. Both of them have confirmed that they will attend the event at all cost," a source close to Ram Charan Teja revealed

Bollywood actors Amitabh Bachchan and Aamir Khan will most likely attend megastar Chiranjeevi's 60th birthday party on Saturday.
Big B and Aamir are expected to attend a lavish party that Chiranjeevi's son, actor Ram Charan Teja will host for his father here on Saturday in a plush hotel. (Also Read: Chiranjeevi's 150th Film to Launch on His 60th Birthday)
"Invitations have been sent to Amitabhji and Aamirji. Both of them have confirmed that they will attend the event at all cost," a source close to Ram Charan told IANS.
"Charan is very close to the Bachchan family and when he extended a personal invitation, Bachchanji immediately agreed to be a part of the event," the source said.
While fans of Chiranjeevi have already begun celebrating in the city, his family and close friends are looking forward to the event on Saturday evening.
"Telugu stars such as Venkatesh, Nagarjuna and Jagapathi Babu are also expected to attend it. Chiranjeevi's brother Pawan Kalyan, who is busy shooting for 'Sardaar Gabbar Singh', will also be present," the source added.
Meanwhile, the source also confirmed that Chiranjeevi will play a cameo in his son's yet-untitled Telugu film with director Srinu Vaitla.
"Chiranjeevi sir is playing a brief role. He will soon join the sets and shoot his part," the source said.