It does seem a bit unreal: Usha Jadhav on National Award 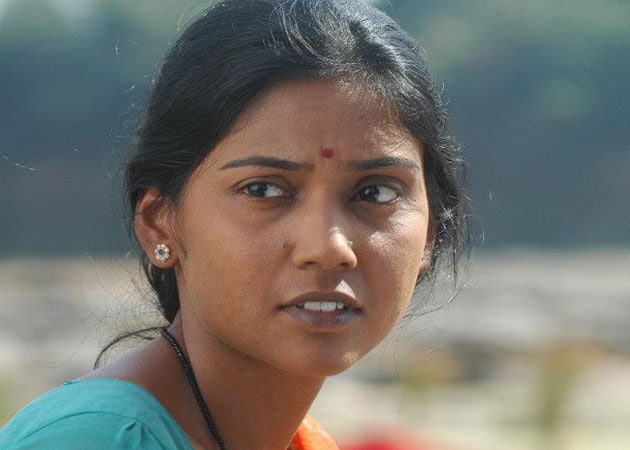 The actress, who won the Best Actress National Award for her performance in Marathi movie Dhag, said that the competition was very tough this year.

The actress, who won the Best Actress National Award for her performance in Marathi movie Dhag, said that the competition was very tough this year.

Usha Jadhav, who started her career in cinema with a small role in Madhur Bhandarkar's Traffic Signal, has come a long way in just six years. Today she stares at the National Award for Best Actress for her work in Marathi film Dhag with some disbelief and a lot of gratitude.
"It does seem a bit unreal. I knew my performance in Dhag had been applauded. But to have beaten all my favourite actresses like Sridevi, Vidya Balan and Priyanka Chopra is something that is yet to sink in. The competition was so tough this year. I didn't think I stood a chance," said Usha Jadhav.
The role of a mother hoping to see her son make a better life for himself almost fell into Usha Jadhav's lap.
"I heard director Shivaji Lotan Patil was looking for an actress to play the part. I sent him my pictures and some of my work. And within two days I was on," she said.
Being deglamorized for the part didn't require much of an effort. But the dialect did.
"It was a different dialect of Marathi from the one that I speak. I had to get a hang of the language that my character had to speak. Beyond that I didn't have to prepare much. But I am surprised that the National Award jury noticed the nuances in my performance. I am grateful to the jury," she said.
Usha Jadhav says she had a premonition that her performance in Dhag would get noticed.
"We had screened it for the Marathi film fraternity and someone as distinguished as Sai Paranjpye had compared me to Shabana Azmi and Smita Patil after watching my performance. That shook me. Before that I didn't think I had done anything remarkable in the film," said Usha Jadhav, who started with Marathi films and hopes to do good work in cinema in any language.
"It doesn't matter to me whether the film is in Hindi or Marathi. It's the role that inspires me. It's good cinema that I look forward to. I am looking forward to working in Bengali films," she said.