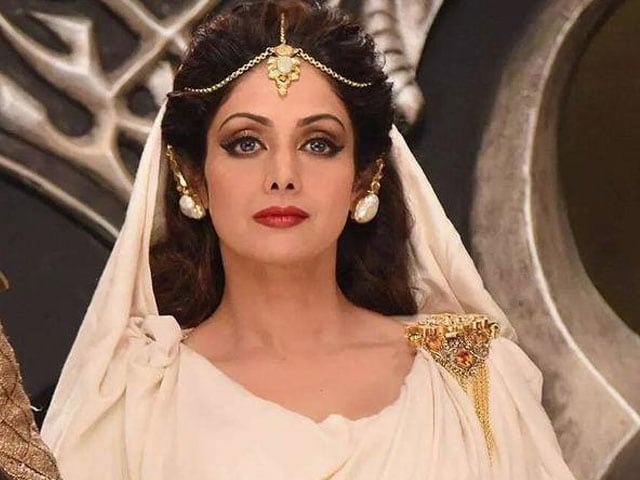 Sridevi in a still from Puli.

The release of Puli had hit a roadblock after early morning shows and overseas premieres of the film were cancelled due to payment issues. However, the issues are now resolved and the film has released in India and abroad. Hansika Motwani tweeted: "All issues sorted. It's time to Roar. It's time for #Puli. it's #showtime"

After initial obstacles, superstar Vijay's Tamil fantasy drama Puli finally hit the screens on October 1. The early morning shows of the film were cancelled on Thursday after theatres failed to receive clearance from Qube, the company that streams movies digitally.
It was only after actor Vijay intervened and settled all the dues that the clearance was given to theatres by Qube. "Due to the Income Tax raid on Thursday, Vijay and the producers of the 'Puli' weren't allowed to transfer funds. This morning Vijay went to Gemini labs and settled all the dues and subsequently the theatres were given the nod to screen the film from noon," a source from the industry told IANS. (Also Read: Puli Early Morning Shows Cancelled)
Actress Hansika Motwani posted on microblogging Twitter:

All issues sorted ... It's time to Roar . It's time for #puli it's #showtimepic.twitter.com/GNeOI89dtK

She also retweeted a picture shared by her fan club from inside one of the theatres:

On Twitter, #ISupportPuli had started trending after the shows were cancelled. The special shows of Puli which were scheduled as early as 4 am and 5 am on October 1 were cancelled.
The film has been directed by Chimbu Deven.