It's True, Rajinikanth Will Meet Fans In April. Details Here

Rajinikanth said: "It's a long time since I met fans for photos. We are working out how to do it." 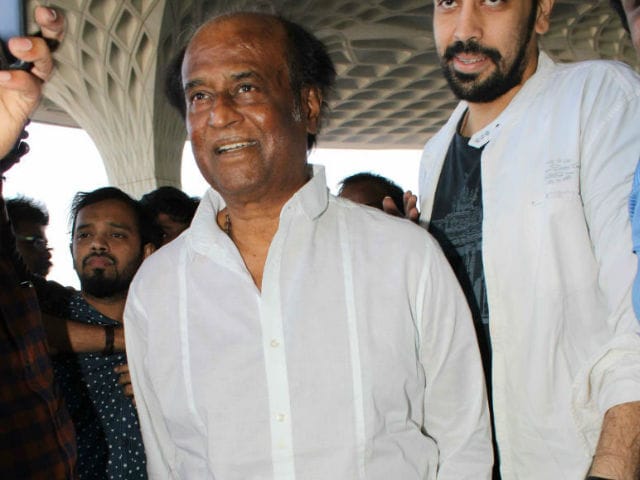 Superstar Rajinikanth confirmed that he will meet office bearers of his fan clubs for a photo session between April 1 and April 16 in Chennai. Rajinikanth has ruled out any political announcements during this period and said: "It's a long time since I met fans for photos. We are working out how to do it." He also said that there will be no political announcements during these meetings. He said, "There's nothing political about these." Meanwhile, the Prime Minister of Malaysia, Najib Razak, visited Rajinikanth on Friday, at his Poes Garden residence. Rajinikanth said, "It was a goodwill meeting. The Malaysian government cooperated so much during my Kabali shooting there for two months. I invited him for tea." Rajiniknanth played a Malaysia-based don in the film which released last year.
Rajinikanth also denied reports that the Malaysian government wanted to make him their brand ambassador. He said, "All these are rumours."
He tweeted:

I am extremely happy to have met an excellent, friendly and warm person today ... The Honourable Prime Minister of Malaysia @NajibRazak ji pic.twitter.com/5Ui4oQaS6c

Of his upcoming film 2.0, the sequel to his blockbuster Enthiran, he said: "The shooting is over. Post-production work is on. It would be released for Diwali." In Enthiran, which released in Hindi as Robot, Rajinikanth featured as Dr Vaseegaran and robot Chitti. The actor will reprise both roles in 2.0.
In 2.0, Bollywood actor Akshay Kumar stars as main antagonist while Sudhanshu Pandey plays the role of deceased Dr Bohra's son. Dr Bohra, played by Danny Denzongpa, was Vaseegaran's nemesis in Enthiran.
Meanwhile, Rajinikanth recently cancelled his proposed visit to Sri Lanka next month for handing over houses to displaced Lankan Tamils. Pro Tamil groups opposed saying the island nation could mislead the international community on rehabilitation and justice for victims of human rights violations. Rajinikanth said: "I'm little disappointed but it's all over now."