"I am doing my first production with Swapna and we are hopefully starting in March. It's a fantastic script. I am really excited and looking forward to working with her," said John 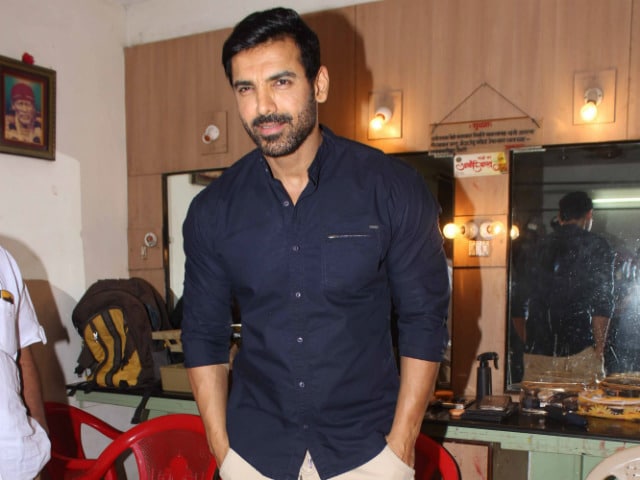 Actor John Abraham says he might start his first Marathi film production by March next year.
Present at the trailer launch of Marathi film Fugay (Balloons) here on Wednesday, John congratulated director Swapna Waghmare Joshi, and said: "It's a fantastic trailer. According to me, this film will do a great business. I am very lucky to be working with Swapna in future as a producer and may be as an actor too."
"I am doing my first production with Swapna and we are hopefully starting in March. It's a fantastic script. I am really excited and looking forward to working with her," he added.
The actor was born to a Malayali father and a Zoroastrian mother, and brought up in Mumbai.
"I know how to speak in Marathi, though my grammar is not good, but I am proud of being a Marathi mulga (boy) as I am born and brought up in Mumbai. I am a hard-core Mumbaikar. My best friend lives here. I studied in Bombay Scottish School and I love this place," said John.
The actor was happy to be part of the trailer launch event with all the Marathi talent and said Bollywood needs to learn from Marathi and Malayalam cinema.
"Hindi films should learn from Marathi and Malayalam films as their content is far more superior than our content. We should especially borrow their talent in order to make good cinema," he added.
Fugay is a story of two friends, played by Swapnil Joshi and Subodh Bhave. Actor-director Nishikanth Kamath will also be seen in a role of a villain in the film.
"The trailer is absolutely outstanding, very commercial and all our young audience will go and watch this film. Though I am not producing it, I promise that I will go and watch first day first show of this film," said John, who is awaiting the release of his film Force 2.