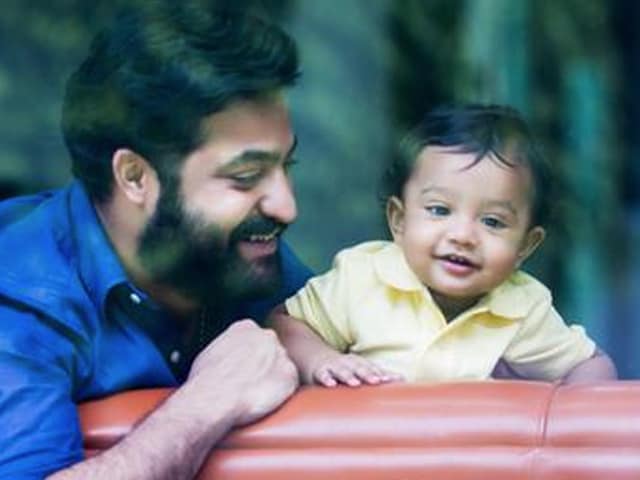 This image was posted on Twitter by Jr NTR

Meanwhile, Jr NTR is gearing up for a new project with filmmaker Sukumar

Stars unveiling the first look poster and teaser of their films on their birthdays had become a trend. Actor Junior NTR broke the norm by giving his fans the first glimpse of his 10-month-old Abhay Ram on his 32nd birthday on May 20.
Jr NTR posted two photographs of his son Abhay Ram on microblogging site website Twitter:

here is something special in return #WelcomeAbhaypic.twitter.com/CNsJ2I1GFN

"Junior NTR's fans have been patiently waiting for months to get a glimpse of Abhay. Since no teaser launch of his film was planned, NTR decided to delight his fans by releasing pictures of his son," a source close to the actor told IANS.
Jr NTR, however, is not the first Telugu actor to set this trend. Recently, Allu Arjun introduced his son, Allu Ayaan, to his fans via Twitter.
On the acting front, Jr NTR is gearing up for a new project with filmmaker Sukumar.