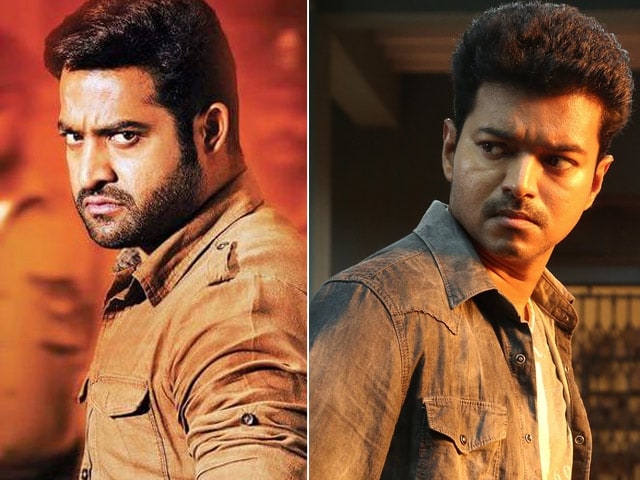 The image on left was posted on Twitter by NTR fans

The makers had first approached Pawan Kalyan for the role however, he was busy shooting for Gabbar Singh 2

Actor Junior NTR is likely to play the lead in the Telugu remake of AR Murugadoss's Tamil blockbuster Kaththi, which released last year.
"The talks are in final stage with NTR. He has liked the film and is soon expected to sign on the dotted line," a source told IANS.
The source added that Gopichand Malineni will direct the remake, which will be produced by Tagore Madhu.
Earlier, it was reported that Pawan Kalyan will play the lead in the remake, but since he's busy with his Telugu project Gabbar Singh 2 the idea was dropped.
One of the biggest Tamil hits of 2014, Kaththi featured Tamil superstar Vijay in the lead.