Kajal is also balancing films with Jiiva and Chiyaan Vikram in Tamil. The audio and trailer of the Telugu film Brahmotsavam has just released and Kajal is excited. Kajal spoke about her co-star Mahesh Babu and why she identifies with the sentiments of the movie 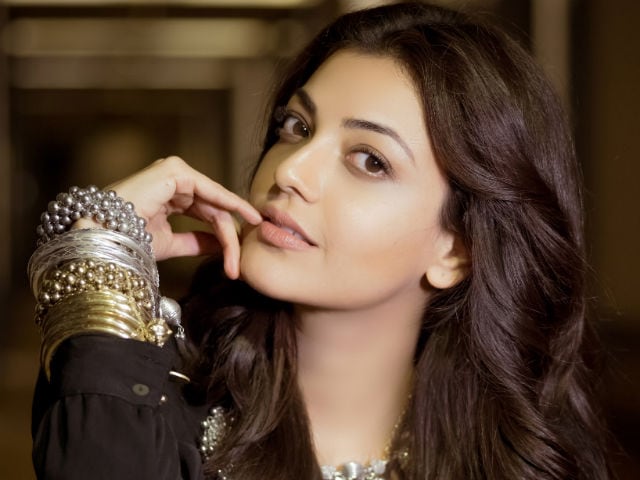 Kajal Aggarwal is the vivacious and pretty heroine straddling the worlds of South Indian film industry as well as Bollywood with equal ease. While Kajal is looking forward to Do Lafzon Ki Kahaani in Hindi, she is waiting for the release of the family drama Brahmotsavam in Telugu this month.
Kajal is also balancing films with Jiiva and Chiyaan Vikram in Tamil. The audio and trailer of the Telugu film Brahmotsavam has just released and Kajal is excited. Kajal spoke about her co-star Mahesh Babu and why she identifies with the sentiments of the movie.
"Brahmotsavam is my second film with Mahesh Babu and I play an NRI, who is very individualistic, independent and knows her priorities. For the first time, I am playing such a strong character who is caught in a dilemma but goes with her priorities. I'm really glad to be playing a woman of such substance and strength," said Kajal.
Perfecting the act
Kajal shot for a long schedule in Ooty and Hyderabad along with the cast of the film. She praised her co-star Mahesh Babu and said that he works really hard.
"He's a thorough professional and works very hard on himself. He's constantly reinventing himself with a variety of roles and challenging himself, trying to outdo himself each time. I've seen the way he really pushes himself. On sets, he is extremely hands on and gives inputs for the scene. Despite his long experience as an actor, he is more than happy to keep filming till he cans the perfect shot for the director," said Kajal.
"He's never lackadaisical about anything. I recall a particular scene in Brahmotsavam where we both had to play with paint with a lot of chemistry and mischief between us. We actually started working on that scene at 8 am and continued rehearsing right upto 1 pm. And finally, we started shooting for it only after 1 pm. And yet when we shot it, it felt as fresh as the first time. The rehearsals only added to the spontaneity. Such is Mahesh's complete dedication to his craft. Both as an actor and a person, he never takes his stardom for granted," said Kajal.
Kajal and Mahesh share a good relation off screen which seems to reflect on screen as well. Kajal recalls the long chats: "We both love food, fitness and travelling with our families. So between shots, we would catch up on the latest spa resorts, our functional training workouts, diet tips and our mutual love for 'cheat meals'," said Kajal.
Whatsapp conversations and Twitter debut
The trailer hints at a story high on the family sentiment. Kajal explained why the theme is close to her heart.
"Everyone is heading towards nuclear families in this generation. Brahmotsavam is a wonderful story about the joys of wholesome families being together like in the olden days. I could identify completely with the emotions because I myself hail from a very big family. Luckily for me, I have all my aunts and cousins living close by and my grandparents have always lived with us," said Kajal.
"I feel that our joys are truly experienced wholly, only when they are shared and celebrated with the whole family. Nowadays nuclear families are the norm which sadly enough, lose out on the closeness and bonding," added Kajal.
But there is a silver lining to the cloud.
"Thanks to technology, it's easier to keep in touch. We have a Whatsapp family group chat regularly and we fix dates to wish each other on birthdays and fix hangout meetings. But even before the technology boom, my family was always pro-active and never needed a reason to celebrate and spend time together. This joy is what fans are going to experience in Brahmotsavam," added Kajal.
Fans were in for a pleasant surprise when Kajal made her debut on Twitter last week. What took her so long?
"I'm not very tech savvy and use my phone only for Facebook and Instagram apart from calls, messages and emails. But fan requests for me to join Twitter kept increasing. So, I came onboard at last so that I could interact more with them," said Kajal.
Brahmotsavam is produced by PVP Cinema and Mahesh Babu Entertainment. It is directed by Srikanth Addala with camerawork by R Rathnavelu. The film will release on May 20.