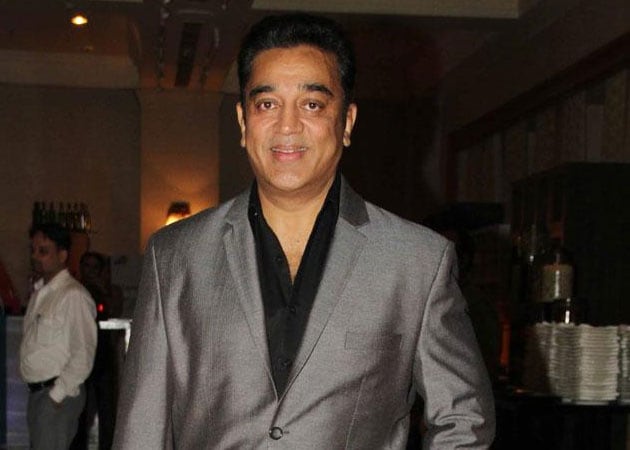 Kamal Haasan says he has no contribution in training his daughters or guiding them how to shape their careers.

Tamil superstar Kamal Haasan feels that the period of worrying about Shruti's film career is over for him and he now wants her to focus on consolidating her achievements.

Tamil superstar Kamal Haasan feels that the period of worrying about Shruti's film career is over for him and he now wants her to focus on consolidating her achievements.
The 27-year-old actress, singer and musician made her Bollywood debut with in 2009 with the film Luck. She juggles between the South Indian film industry and Bollywood and her father is happy to see that 10-film-old Shruti is getting to work with different filmmakers in different industries.
"She is doing her work to the best of her knowledge and to the best of my knowledge. I will admit that there was a moment of worry for both Shruti and me but now the worrying part is over. Now, it is all about developing it to the correct pitch. That is our only concern now," Kamal Haasan said.
The Vishwaroopam star's other daughter, Akshara, is also set to make her debut with R Balki's next film opposite Tamil star Dhanush, who made his Bollywood debut with Ranjhanaa. The film also features Amitabh Bachchan.
"I think it is confirmed that she will star in Balki's film. I am happy for her and wish her all the best," he said.
Having an illustrious film career spanning over five decades does make Kamal Haasan the best adviser for his daughters, but the veteran says he hardly shares any tip or trivia with them when it comes to their work.
"I give very little or no input at all. It is mostly the DNA. Rest is their talent. I have no contribution in training them as actors or guiding them how to shape their careers. They will have to figure that out by themselves," he said.
Mr Haasan is also busy with the post-production work of his next film Vishwaroopam II, which is the sequel of Vishwaroopam.
The original film was released amid a lot of controversies earlier this year due to the film's plotline.
However, the actor hopes that the second film from the franchise will not have to face similar obstacles.
"All parties are wiser now. Hopefully they will not indulge in any such things that happened before," he said.
Besides Kamal Haasan, Rahul Bose, Pooja Kumar and Andrea Jeremiah will also be reprising their rolesin Vishwaroopam II.
While the first film was set in the United States, Vishwaroopam II is based in India. Produced by Venu Ravichandran in Tamil, the film is also being produced by Ekta Kapoor and Shobha Kapoor in Hindi as Vishwaroop II.