Kamal Haasan Won't be in Time for K Balachander's Funeral 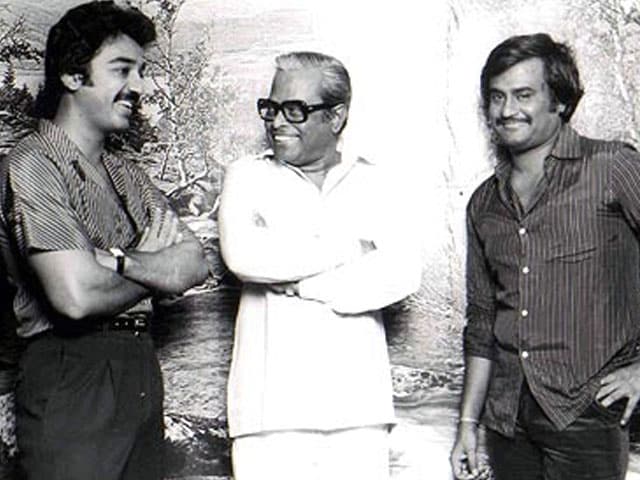 Mr Haasan is expected to reach Chennai tonight. Hence, he won't be able to pay his homage to the auteur whose funeral has been advanced to today

Actor-filmmaker Kamal Haasan will miss saying a final goodbye to his mentor, veteran filmmaker K Balachander, who will be cremated here on Wednesday afternoon. K Balachander died here on Tuesday following a prolonged illness. He was 84.

"We had planned to cremate Balachander on Thursday, but it has now been advanced to today (Wednesday). Between 2 pm. and 2.50 pm, he will be cremated at the Besant Nagar crematorium," K Balachander's manager told IANS.

Mr Haasan, who was busy with the post-production work of his Tamil film Uttama Villain in Los Angeles, boarded his flight from California earlier in the day. Hence, he won't be able to pay his homage to the auteur. "Kamal sir is expected to reach Chennai tonight. He will go meet Balachander's family and pay his respects," his manager said.

Mr Balachander, who launched Mr Haasan in the 1973 Tamil film Arangetram, went on to work with the actor in over 40 films, including hit Hindi romantic-drama Ek Duuje Ke Liye.

Mr Balachander was also instrumental in launching the careers of superstar Rajinikanth and other popular actors such as Prakash Raj, Sujatha and Saritha. Rajinikanth, who paid homage to his guru, said he was like his "father". Some of K Balachander's best films include Aval Ora Thodar Kathai, Avargal, Varumayin Niram Sigappu and 47 Natkal. All film-related activities here have been cancelled as a mark of respect to the veteran.