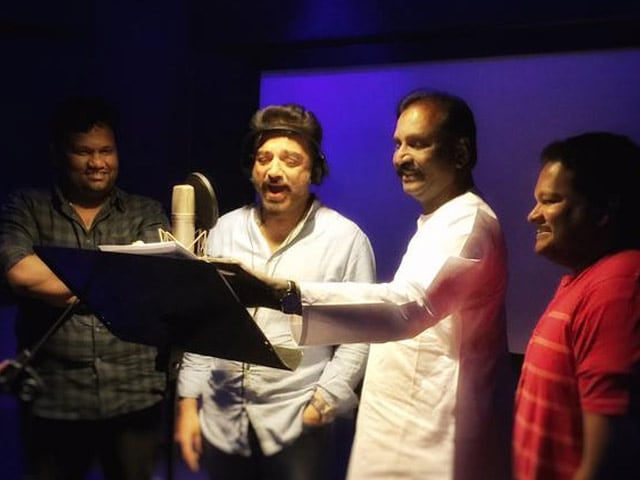 Music director Ghibran's background score in the recently released Thoongaavanam trailer has garnered a lot of attention in social media for straying away from the usual beats of the southern cinema, so much so that it has managed to generate a strong fan base by itself.

Image courtesy: iFlickz.com
Ghibran said that Thoongaavanam album will be the exact opposite of his previous works with Kamal Haasan - Uttama Villain or Papanasam. It is believed that the movie will provide ample amount of scope for music (even though there is only one song) as the dialogues are very minimal. (Also Read: Kamal Haasan is Star Attraction at Thoongavanam Trailer Launch)
Ghibran who says that the people around him are the ones who influence his music most went on to add that Mr Haasan has been a major inspiration. Of why the actor chose to work with him on consecutive projects and he said: "I don't know. Kamal sir can converse with ease about musical references from 50 years behind our times and 50 years ahead of us and I think we connect on some level during such conversations."

Image courtesy: iFlickz.com
With the film's sound mixing happening in Los Angeles, the EDM-based title track is expected to be released as a single soon. Ghibran, who is on cloud nine, has already signed up for his next with CV Kumar's film, which is a Sundeep Kishan bilingual project.