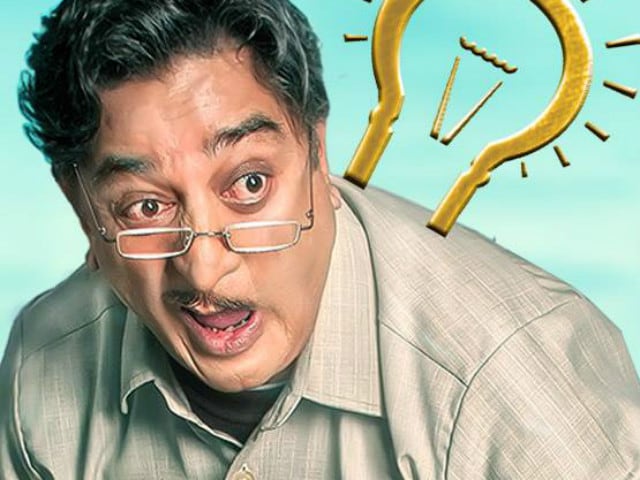 A poster of Sabash Naidu shared on Facebook by iKamalHaasan .

In his next film expected to be a rib-tickler, actor Kamal Haasan will reprise the role of Balram Naidu, the character he played in his 2008 hit Dasavatharam, while sharing the screen with his daughter Shruti for the first time.
Sabash Naidu (Well Done, Naidu) will see Mr Haasan joining hands with well-known Malayalam filmmaker T K Rajeev Kumar after a period of over two decades, when the duo gave the critically acclaimed Chanakyan, a revenge saga.
It is a trilingual film to be made in Tamil, Telugu and Hindi. Sabash Naidu went on floors on Friday following a function in Chennai.
The first look of the movie showed Mr Haasan precariously perched on a bike with top Telugu comedian Brahmanandam riding pillion.
In the three versions in Tamil, Hindi and Telugu, the movie will have popular actors like Saurabh Shukla, Ramya Krishna, Farida Jalal and Brahmanandam, revealed a press release.
Ace musiciam Ilayaraja will score the tunes while Mr Haasan will handle the story and script. Mr Shukla will write the dialogues for the Hindi version. The film will be extensively shot in the US.
Mr Haasan's last film, Thoongavanam, saw lukewarm response among the audience.