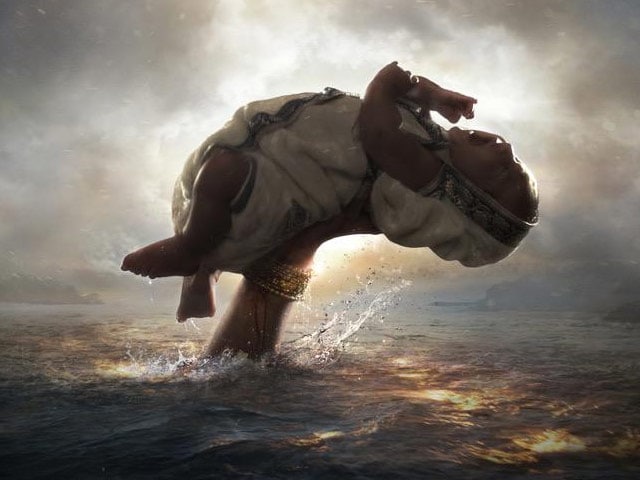 The makers of upcoming two-part epic film Baahubali released the film's first poster depicting a a woman's hand holding a crying baby above water. The film's tag line says that it is just the 'beginning'.
The S S Rajamouli-directed film will be made in Telugu and Tamil. The film will also be dubbed in Hindi (among other foreign languages) which will be presented by filmmaker Karan Johar.
He tweeted:

Delighted to be associated with @karanjohar who wil b presenting #Baahubali in Hindi. Welcome aboard,Sir. Looking 4ward for a happy sailing

Baahubali, which is the story of two brothers and their fight for the kingdom, is touted to be one of the most expensive films being produced in the history of Indian cinema.
The film, starring Prabhas, Rana Daggubati, Anushka Shetty and Humshakals actress Tamannaah in lead roles, will release on July 10.