Karthi is Mani Ratnam's Next Hero. This is How He'll Train for the Role

"After my rehab from the neck injury is over, by May end, I will start a strenuous workout regimen for a month. I'll be doing Cross Fit Training which is a mix of rigorous outdoor and indoor activity. I have to juggle between shooting for Kaashmora and training early morning and between shoots," said Karthi 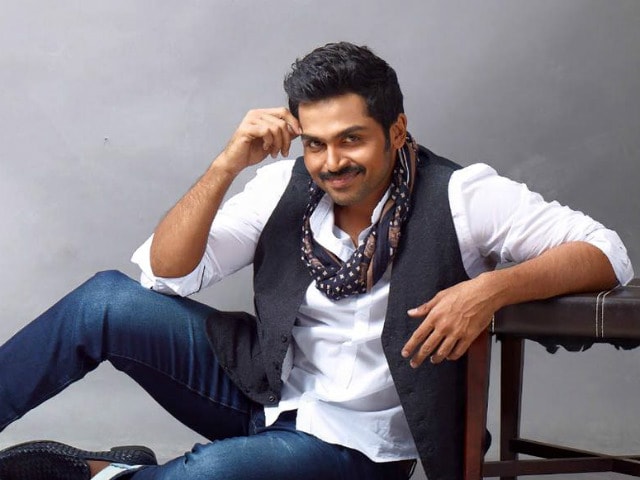 When Southern star Suriya's younger brother Karthi returned with an engineering degree from USA, he had only films on his mind. His zeal landed him a job as an assistant director to the maverick Mani Ratnam, for Ayutha Ezhuthu (Yuva in Hindi). Later however, Karthi branched out as an actor. Today, Karthi is an established star in his own right (Partuthiveeran, Paiyaa, Naan Mahaan Alle, Thozha to name a few). Now, the wheel of destiny has indeed come a full circle for him as he gears up to star as the hero of his mentor Mani Ratnam's next Tamil film.
The project is being kept hush hush, but media reports abound with rumours that Karthi is playing a pilot and learning to fly at present. In an exclusive chat, Karthi clarifies, "I'm not learning to fly at all. Right now I'm shooting for Kaashmora and only after I complete the shoot and meet Mani sir in June, will I know what preparation I'm supposed to do for my role. As of now, I have a severe neck injury and I'm undergoing rehab to recover from it." 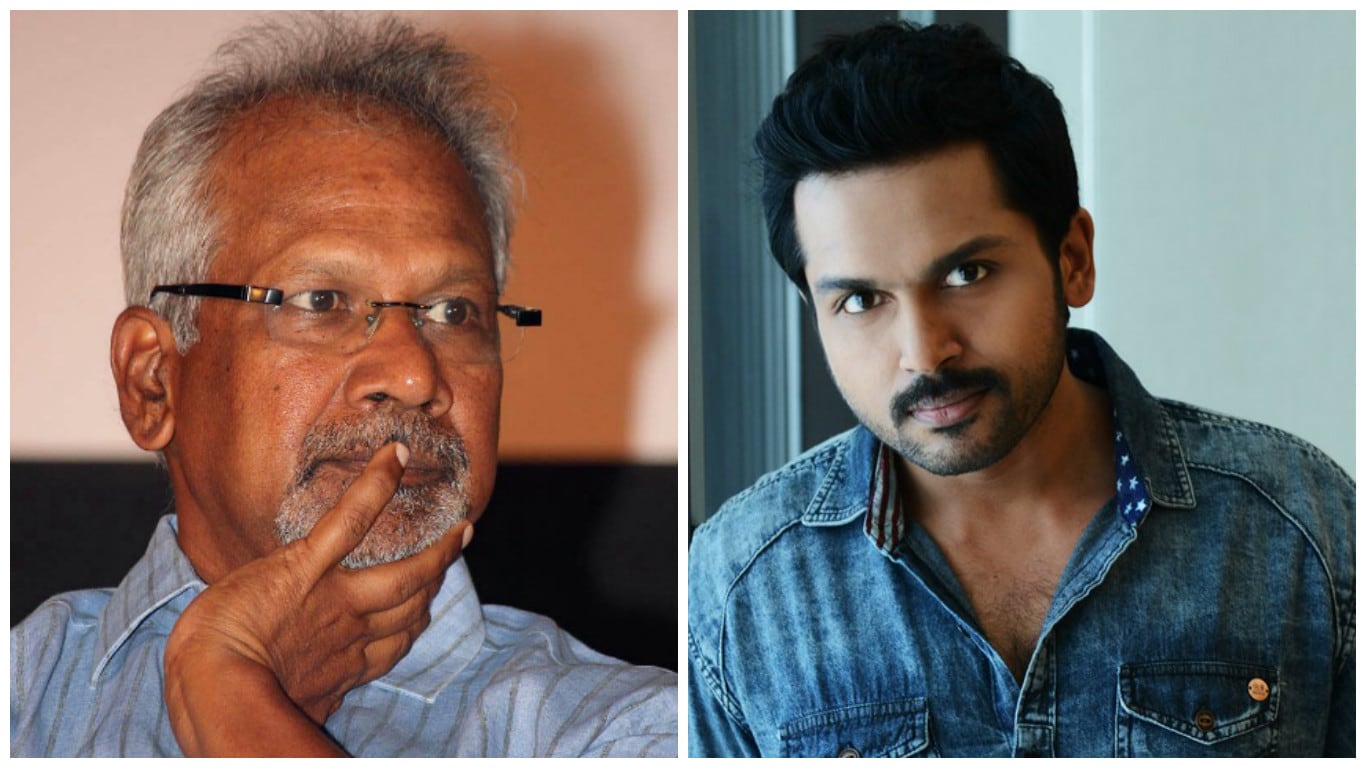 Image courtesy: iflickz.com
Though he's tight-lipped about his role, we do manage to get a peek on some of his preparation for the movie. Apparently, Karthi will be undergoing some rigorous body sculpting, weight loss and fitness training for the Mani Ratnam film. He confirms that he's supposed to shed weight and become fitter for the role, "After my rehab from the neck injury is over, by May end, I will start a strenuous workout regimen for a month. I'll be doing Cross Fit Training which is a mix of rigorous outdoor and indoor activity. I have to juggle between shooting for Kaashmora and training early morning and between shoots." For those not in the loop, Cross Fit training is based on functional movements involving aspects of gymnastics, high intensity interval training, weight lifting, plyometric, calisthenics, running and swimming.
Its only after this preparation that he will be meeting Mani Ratnam for a script reading session. For any actor, working with the director tops the wish list, more so for Karthi who has worked as his Assistant Director. He said, "I always wanted to have a guru-sishya relationship with Mani sir, like Kamal Haasan's with Balanchander or Vetrimaaran's with Balu Mahendra. I'm very excited having got that call to work as his hero. It's what I've been waiting for over the years. I'm glad he even thought that I would fit the bill for the character he has in mind. I'm looking forward to the process of working with him and experiencing how he extracts a performance from his actors. I know he will mould me in a different way and add different shades to me as an actor."
Best days of my life 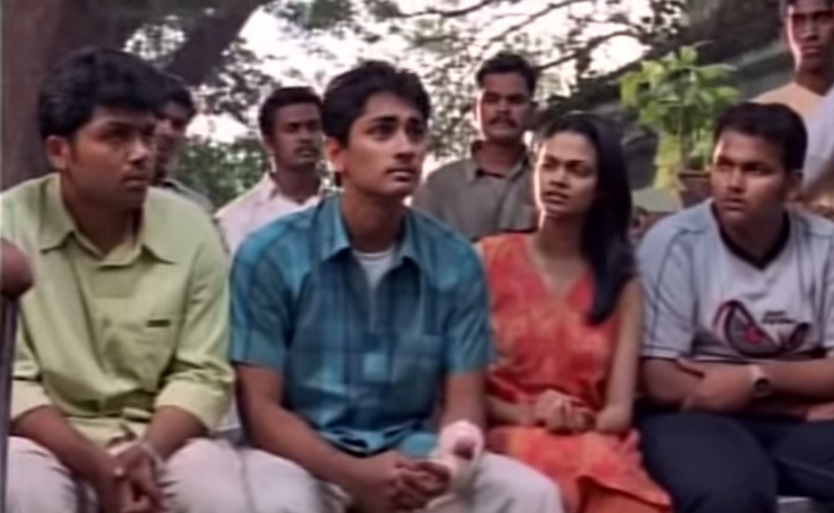 Image courtesy: iflickz.com
We asked him to share his memories from the days when he was an assistant director and he got nostalgic, "I learned so much, handling the various tasks on a shooting set. I enjoyed every day at work, from handling the clapperboard to working on the continuity, dialogues and crowds. There were funny moments too. During the Kolkata shoot of Ayutha Ezhuthu, I had to explain a big scene to junior artists. They didn't understand English and I couldn't speak Bengali. So naturally they didn't do what I was asking them to do for the shot. Yet I kept trying and even expressed my frustration in English to them. Everyone was in splits including Mani sir. One of the tasks I had to do was carry the huge suitcase called the AD Box. It is like a mini office, containing everything required on the day's shoot. Even on terrain inaccessible by road, I was in charge of lugging the heavy suitcase around. The time spent as an assistant director to Mani sir, was the best part of my life. I used to look forward to the time spent watching the monitor next to him. Now I'm looking forward to that entire learning process again."
Increasing bi-linguals
Karthi has recently starred in Thozha (Oopiri in Telugu) with Tamannaah and Nagarjuna. The bi-lingual, (remake of the French hit The Intouchables) was a huge hit. So, post successful films like Baahubali are bi-linguals becoming more viable? Karthi answered: "Collaborations between our film industries, remakes and bi-linguals have been happening ever since the 60's and 70's. When content worked in one language, filmmakers would extract maximum scope from the movie with remakes. Today, the trend is re-emerging and it's a welcome move. When I was shooting in Poland, I saw that there were several serious movie buffs who were following South Indian cinema, for its rich stories, emotions and realism. Borders are melting as far as viewership is concerned. Within our shores too, the reach and appeal for successful bi- linguals is increasing. But though many films are dubbed in several languages, films actually shot in two languages are rare. That's because, shooting a bi-lingual needs special skills. The different regional flavours, sensibilities, emotions and dialogues have to be carefully incorporated so that the film strikes a chord with each region. Also, it's tough to find content that can establish a connect with different regions at the same time. Only when such parameters are met, do bi-linguals succeed with audiences."