Karthi Sivakumar Says, Wasn't Sure if We Could Pull Off Kaashmora

The movie is set to release on Diwali next month. "It's a multi-genre film. It's got adventure, action, horror, comedy. The film, when it came up, it was a huge budgeted film, and I was wondering whether we could even pull it off," Karthi told PTI. 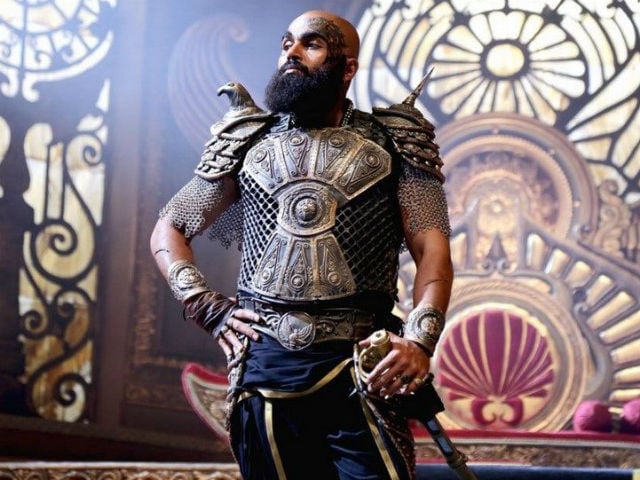 Karthi Sivakumar in a still from Kaashmora

Actor Karthi Sivakumar says he wasn't even sure two years ago if his much-awaited Tamil film Kaashmora would even hit the screens given its huge budget.
The movie is set to release on Diwali next month. "It's a multi-genre film. It's got adventure, action, horror, comedy. The film, when it came up, it was a huge budgeted film, and I was wondering whether we could even pull it off," Karthi told PTI.
"But I was so glad that we had a team, which was very committed for two years, they stuck to the project, they pulled it through," he said.
Kaashmora is written and directed by Gokul and also stars Nayantara and Sri Divya in the lead roles.
Karthi is playing two characters in the film and the actor said he enjoyed every bit of both the roles. "It is a very entertaining film. There are two kinds of characters and different style of performance to it. I really enjoyed playing those characters in the film. It was very exciting for me. Ever since I looked at the script, I was raring to go and shoot the film," Karthi said.
"It was challenging because there was period attached to it, and we had to do something which is not resembling anything else. That way interesting and challenging," he said.
Karthi, who was here for an event, also said he is now open to doing Hindi films, unlike in the past, and is presently evaluating an "exciting script".
"I have got one or two offers. It's in a very nascent stage, right now. Let's see, If it turns out, I might try. Earlier, I used to say I don't want to go to Bollywood (which is not the case now). I am not thinking of staying there (in Bollywood), or anything, but looking at opportunities of doing something which might be interesting. This particular script seems to be interesting."
Karthi, who also did a Telugu film Oopiri, said he agreed to do so to take up the challenge of acting in a language which he was not comfortable and he really enjoyed it.
(This story has not been edited by NDTV staff and is auto-generated from a syndicated feed.)