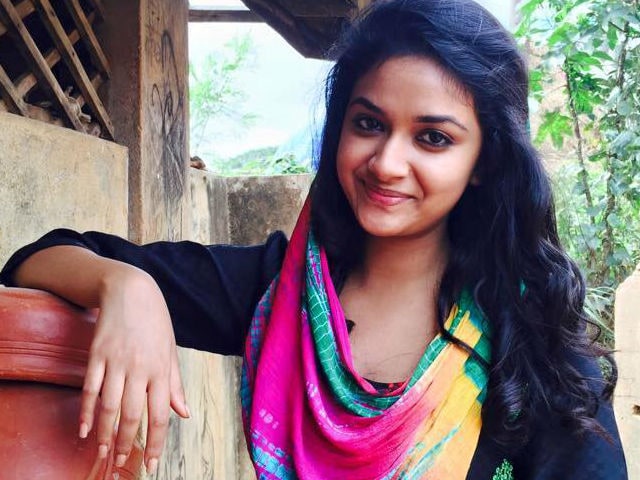 This image was posted on Facebook by Keerthy Suresh

Keerthy Suresh, fresh from the success of Sivakarthikeyan's Remo, has been roped in to play the female protagonist in Suriya's upcoming Tamil action thriller Thaana Serntha Kootam.
The makers made the official announcement on the occasion of Keerthy's birthday on Monday.
It will be the first time Suriya and Keerthy will pair up. To be produced by Studio Green and directed by Vignesh Shivan, the project is slated to go on the floors next month.
Anirudh Ravichander has been roped in to compose the music.
Meanwhile, Keerthy is busy shooting for Vijay's Bairavaa and Nenu Local co-starring Nani.
(Except for the headline, this story has not been edited by NDTV staff and is published from a syndicated feed.)