Khaidi No 150 Box Office Collection: Chiranjeevi's 150th Film Is Past $2 Million In USA

Khaidi No 150 Box Office Collection: Chiranjeevi' film is so named because it is Chiranjeevi's 150th film and marks his return to cinematic glory after spending a decade focusing on his political career 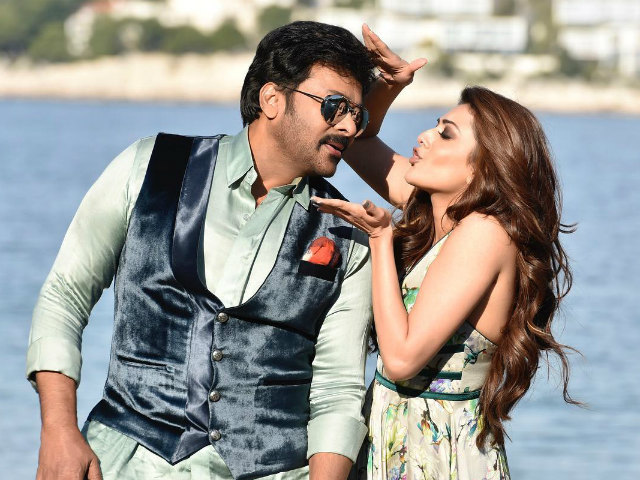 Telugu star Chiranjeevi's new film Khaidi No 150 is winning the US box office. Trade analyst Taran Adarsh reports that the film, which released last Wednesday, made over $2 million in US ticket sales till Sunday - $2,099,110 or Rs 14.29 crores is the exact amount, tweeted Mr Adarsh, citing box office tracker Rentrak. Khaidi No 150 is so named because it is Chiranjeevi's 150th film and marks his return to cinematic glory after spending a decade focusing on his political career. Khaidi No 150, a remake of Tamil hit Kaththi, co-stars Kajal Aggarwal and is produced by Chiranjeevi's son Ram Charan Teja, who also makes a special appearance in the film.
Taran Adarsh tweeted:

It was an INCREDIBLE extended weekend for TELUGU FILMS in USA. Combined biz of *3 new films* is a WHOPPING Rs 25.66 cr in USA alone. SUPERB!

Analyst Ramesh Bala, who reported earlier that Khaidi No 150 was topping box office charts in Hyderabad and around, tweeted a relative US box office performance of recent Indian releases:

Box Office India reported earlier that Khaidi No 150's domestic business had given it India's eighth biggest opening day, ahead of Ek Tha Tiger and Dangal- it is preceded on the list by Prem Ratan Dhan Payo, Kabali, Sultan, Happy New Year, Baahubali, Dhoom: 3 and Singham Returns.
Khaidi No 150 is Chiranjeevi's first film since 2007's Shankar Dada Zindabad and sees him playing a double role. In between, the 61-year-old actor-politician made special appearances in his son Ram Charan Teja's films Magadheera and Bruce Lee - The Fighter.
In the last 10 years, Chiranjeevi launched his own political party, fought and won elections, was nominated to the Rajya Sabha and served as Minister of State for Tourism. Now, he says he's shifting focus back to movies and will be seen in a second release this year.