Khaidi No 150: Chiranjeevi's film has made almost $ 2.5 million in USA and is continuing to rule the box office 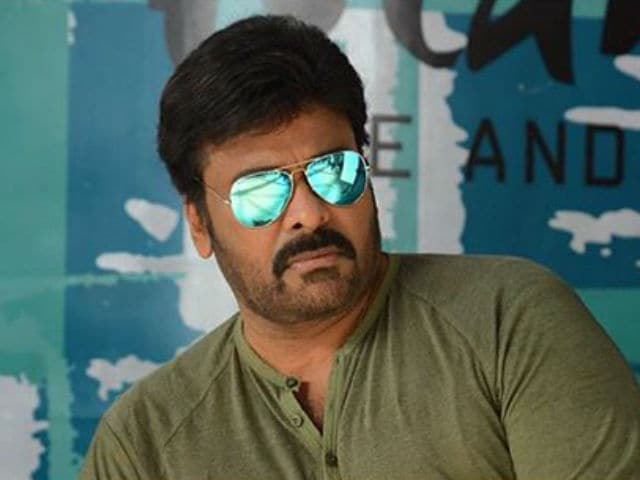 Telugu star Chiranjeevi's comeback film Khaidi No 150, which released last Wednesday, continues to rule the US box office. Trade analyst Taran Adarsh reports that the film has made nearly 2.5 million till Tuesday - $ 2,218,349 or Rs 15.10 crores is the exact amount, tweeted Mr Adarsh, citing box office tracker Rentrak. Khaidi No 150's Monday business was better than that of Tuesday. However, the Chiranjeevi's film has managed to win the US box office. The film is Chiranjeevi's 150th film and hence is called Khaidi No 150. It is produced by the superstar son and actor Ram Charan Teja and directed by V V Vinayak.
Taran Adarsh tweeted:

Filmmaker Ram Gopal Varma, who earlier criticised Chiranjeevi, 61, for the poster of the film and called him a 'narcissist', appears to be impressed by the superstar's work. RGV wrote: "Just saw 150.. Mega Star is beyond Mega Mega Mega Fantastic ..150 million Cheers to him."

Mega Star's Energy levels are SUPREME and he's looking younger than when he left films some 9 years back ..He's looking MEGA HANDSOME

The other two Telugu films Gautamiputra Satakarniand Shatamam Bhavati are have also managed to maintain their steady graph on the US box office.

Khaidi No 150 is a remake of Tamil hit Kaththi and also stars Kajal Aggarwal, Shriya Saran and Tarun Arora. Chiranjeevi, who in the last decade had kept himself busy in politics, features in a double role in the Telugu action-drama. The 'Mega Star' as Chiranjeevi is fondly called was last seen in 2007s Shankar Dada Zindabad, the Telugu remake of Sanjay Dutt's blockbuster film Lage Raho Munnabhai. He might soon star in his son Ram Charan Teja's next film, the announcement for which was made by the latter at an event earlier in January.