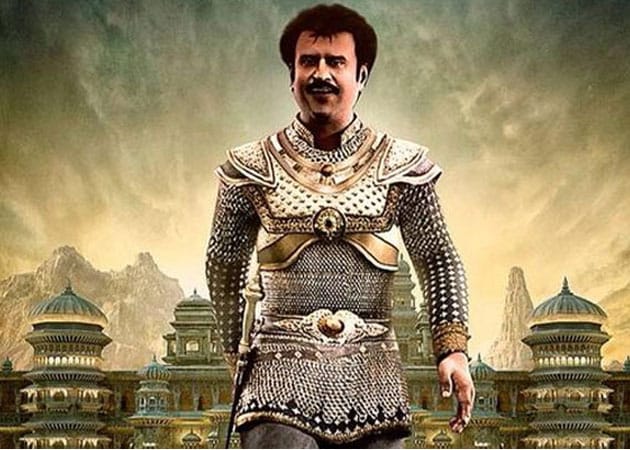 A still from the movie Kochadaiiyaan

Rajinikanth's Kochadaiiyaan is a lot better than several earlier films made using motion capture technology in the west, says Phil Stilgoe, founder of Centroid motion capture company, which worked on the movie.

Tamil superstar Rajinikanth's magnum opus Kochadaiiyaan, which releases worldwide on Friday, is a lot better than several earlier films made using motion capture technology in the west, says Phil Stilgoe, founder of Centroid motion capture company, which worked on the movie. (Also read: Kochadaiiyaan Release Delayed Only due to Technical Reasons: Filmmakers)
Kochadaiiyaan, directed by Soundarya Rajinikanth Ashwin, is India's first motion capture photo-realistic 3D animated film.
"I've been in this industry for nearly 15 years and I have seen the technology evolve. I can confidently say that Kochadaiiyaan is a lot better than several earlier films made using Motion Capture Technology in Hollywood," Stilgoe told IANS in an exclusive interview.
"I've also heard some criticism about the film but it has to start somewhere. I'm more interested in how will this technology be in a decade from now and how India will use it to make it their own," he said.
Stilgoe also says that the film should not be compared with any other film made using the same technology because the factors involved are different.
"It's unfair to compare Kochadaiiyaan with other films because you're talking different budgets, different time frames and different experiences. But I don't think these comparisons will be there in five to 10 years time because people will realize they were wrong to jump to conclusions," he added.
While Kochadaiiyaan was made on a budget of Rs 125 crores, Stilgoe clarifies that not all motion capture films incur high costs.
"The perception that you need to have high budget to use motion capture technology is wrong. For instance, if you were to go to a location and need a crowd of thousand people, you can create that with just two people in a studio in a few hours using this technology and save a lot of money," he said.
In that case, why did films like Avatar and Tin Tin, also made using the same technology, cost so much?
"Initially, it was for big budget films during the technology's experimental phase. A film like Avatar was made on thousands of crores using this technology because it was during its nascent stage and the makers were exploring it," added Stilgoe.
"The West invents new technology and works on it, so there's also invention cost involved besides production cost. Whereas India wants to just use that technology to make some money," he said.
For motion capture technology to become more accessible, Stilgoe believes Kochadaiiyaan is the best film to set the ball rolling because it has megastar Rajinikanth in it.
"Indians have become ultra conservative and feel it's wrong to explore and that's where I think Kochadaiiyaan is a landmark film because it dares to explore," he said.
"To be able to turn heads in a direction needs a clout of Rajinikanth and that's why I think this is the best film to introduce us to motion capture technology especially to Indian cinema," he added.
In order to help India make the best use of the technology, Stilgoe's company has collaborated with Chennai-based company PixelKraft to launch its Indian arm Centroid India.
PixelKraft's director Siddharth Kumar says a few Tamil films are gearing up to be made soon using motion capture technology.
"We are on the verge of announcing a few titles in Tamil which will be made using this technology. We hope these films will usher in visually a new breed of films. We hope our collaboration will bring a certain visual style to storytelling," Kumar said.
He feels the reason why Kochadaiiyaan is considered an animated feature for children is because our visual literacy is low.
"It's unfortunate that we see Kochadaiiyaan as an animated film for children. This is because our visual literacy is very low as the majority of us have missed reading graphic novels and comics. If we don't embrace this film, we'll never appreciate the technology," he said.
Jointly produced by Media One Global Entertainment and Eros International, Kochadaiiyaan also features Deepika Padukone, Jackie Shroff, Aadi Pinisetty, Shobana and R Sarath Kumar in important roles.