Latha Rajinikanth: No cameo roles, already an actor in the family 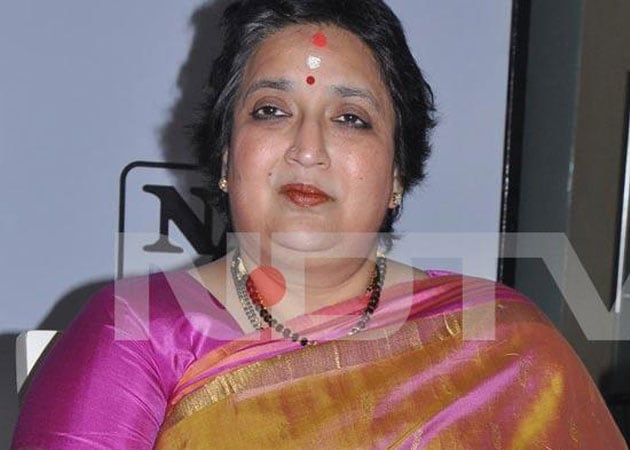 Latha is not finicky about who is paired with Rajinikanth on the big screen.

Superstar Rajinikanth's wife Latha describes her role as "adventurous and exciting" as the southern matinee idol's life partner and says her "greatest satisfaction" will come from making a difference to the lives of poor children.

Superstar Rajinikanth's wife Latha describes her role as "adventurous and exciting" as the southern matinee idol's life partner and says her "greatest satisfaction" will come from making a difference to the lives of poor children.
She first met the The Boss star when she was studying in Ethiraj College in Chennai and later, in the 1980s, the two tied the knot. Her life has since then been "wonderful" and more, she says.
"It's been wonderful, adventurous, exciting. At the same time, it's a huge responsibility to take on shoulders because life can never be normal. But at home, we are a normal family and we try to retain that," Latha told IANS in an interview here.
She is mother of two daughters, Aishwarya and Soundarya, both of whom have taken filmmaking as a career choice.
Elegantly dressed in a bright traditional silk sari, Latha, talking about her "creative" daughters, said, "Both were artistic, but we were waiting to see in which direction they would go, and they have identified themselves as directors."
While Aishwarya made her directorial debut in 2012 with romantic thriller 3, which starred her husband Dhanush in the lead role, Soundarya's first film Kochadaiiyaan, starring her father Rajinikanth, is coming out May 9. Kochadaiiyaan is set to deliver groundbreaking technology - the Rs.125 crore project is said to be the country's first motion-capture photo-realistic 3D animated movie.
Soundarya was honoured on Tuesday with NDTV Indian of the year Technical Innovation In Film award for the same and the proud mother says "it is a wonderful feeling".
"It's a proud moment for us," said Latha, a professional singer who has sung Manapennin Sathiyam for Soundarya's first venture Kochadaiiyaan.
Like her daughters, Latha also didn't take the acting route due to lack of interest and chose to be a singer.
"I've been a singer since childhood. I enjoy making music and singing. As far as acting goes, I don't think I'll do a cameo also. It's a big platform and already there is an actor in the family," said Latha, who mostly likes singing pop and folk numbers.
She might not like to act in movies or even star in films with her husband but she is not finicky about who is paired with Rajinikanth on the big screen - even if it means watching the 64-year-old act with Deepika Padukone, who is only 28 years old, in Kochadaiiyaan.
"Soundarya has made her father look younger with the help of technology in the movie. So, Deepika will be seen acting with him as a 25-year-old. Also, age doesn't restrict an actor because it's for a movie. It's just a character," said the singer who answered all the questions smilingly despite being tired.
Her family is certainly important to her, but so is she to help the needy and she manages to take out time for them.
"I stay connected to my passion for children, music, education. We started The Ashram in 1991. Now, there are 2,500 students. There are two divisions - ICSE and state board. The focus is on core development of a child. We work on their personality and aptitude development.
"If I can make a difference to children, that will be my greatest satisfaction," said the founder of the co-ed school offering education to students from class one to 12.
Latha also runs a foundation called 'I am for India' that works for social care, medical care, senior citizens, environment and more.
She has so much in her kitty, but there is not stopping her. To stay pink in health, she practices yoga and also meditates, hoping to continue maintaining a balance between her family and her passion.