Madhu Sneha, Featured In Baahubali Song, To Star With Varun Tej Next

Madhu Sneha made her debut in Telugu cinema with the first part of S S Rajamouli's film, which released in 2015 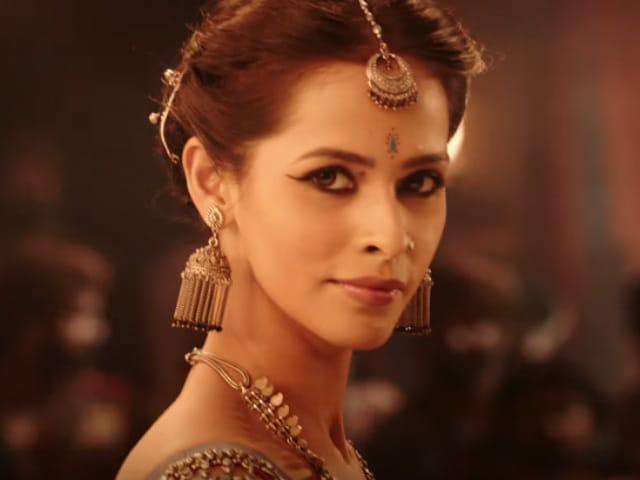 Madhu Sneha in a still from Baahubali song Manohari

Remember actress and model Madhu Sneha, who featured in the song Manohari from Baahubali: The Beginning? She has now reportedly been zeroed in to star in a special song in Varun Tej's upcoming film Mister, said Times Of India. Madhu will reportedly join the sets of Mister in Hyderabad later this week. According to the report in Times Of India, Madhu won the part in the song over TV actress Sreemukhi, who was also in consideration. In the Baahubali song titled Manohari, Madhu shared screen space with Nora Fatehi and Scarlett Mellish Wilson, along with Prabhas. Madhu Sneha made her debut in Telugu cinema with the first part of S S Rajamouli's film, which released in 2015.
A source close to Varun Tej's film told Times Of India that the makers of Mister wanted to cast an actress who would "complement" Varun Tej. "Director Srinu Vaitla wanted to cast a known face for the peppy dance number. The filmmakers had initially approached actress Sri Mukhi for the song. But things didn't work out. As Varun Tej is very tall, they wanted someone who'd complement his height. After considering a lot of names they zeroed in on Madhu Sneha recently," Times Of India quoted the source as saying. "The song will be picturised on Varun Tej and Madhu. A special set has been raised for the song in Hyderabad," the source added.
Watch Manohari from the Baahubali here:

Meanwhile, Baahubali: The Conclusion, the sequel of S S Rajamouli's magnum opus epic drama, is all set to hit screens on April 28. In a tweet earlier this month, the actress said the buzz about Baahubali is making her "nostalgic."


#Manohari@ssrajamouli sir thank u for this unforgettable experience.as everyone talks about #Baahubali2 I'm so nostalgic @DharmaMoviespic.twitter.com/ZodG6HDyEj