Making of Kabali: Rajinikanth Transforms Into the Don Like a Boss

The video, released on YouTube on Tuesday, features Rajinikanth in his salt and pepper Kabali look. He can be seen interacting with director Pa Ranjith and producer Kalaipuli S Thanu on the sets 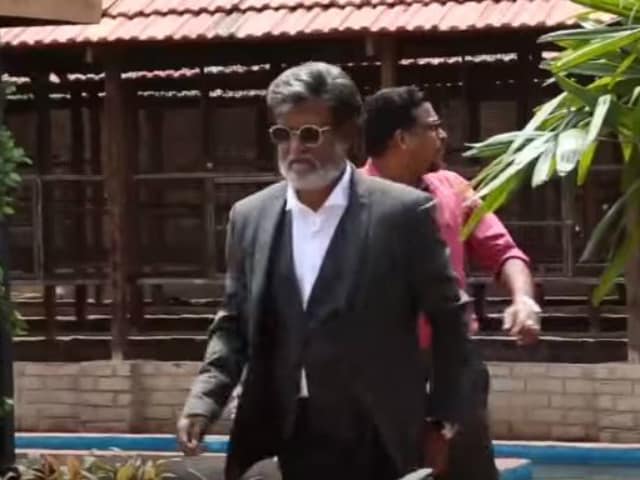 Three days before the release of superstar Rajinikanth's much-awaited gangster film Kabali, the makers offered a sneak peek of what went down on the sets in a behind-the-scenes video. Kabali stars the 65-year-old actor as a Malayasia-based don named Kabali or Kabaleeshwaran. He plays both the younger and the older versions of his character in the film.
The video, released on YouTube on Tuesday, features Rajinikanth in his salt and pepper Kabali look. He can be seen interacting with director Pa Ranjith and producer Kalaipuli S Thanu on the sets.
The footage is set to the title song of the film - Neruppu Da. The song has already become an anthem of sorts for Rajinikanth fans. 'Neruppu Da,' which means 'it is fire', has also been zeroed in on as the title of a new movie by filmmaker Vikram Prabhu.
Watch Rajinikanth transform into Don Kabali like a boss:

Also on Tuesday, producer Thanu dismissed reports of Kabali being leaked online as "just rumours." Last week, the Madras High Court banned service providers and websites from making the film available illegally. Links to Kabali appeared on the Dark Web despite the order, it was reported on Tuesday.
When contacted, producer Mr Thanu told NDTV, "No leak. (These are) all rumours. We are taking all efforts to block these piracy sites."
Kabali stars actress Radhika Apte as the gangster's wife. It also features actors Dinesh Ravi and Dhansika, and Taiwanese star Winston Chao. Made in Tamil, Kabali will also be dubbed in Hindi, Telugu and Bahasa, and will release in over 1,000 screens in North India.
As part of promotions, Rajinikanth's Team Kabali has partnered with brands like Air Asia and Airtel. A special Kabali-themed Air Asia flight will connect cities like Chennai, Bengaluru, New Delhi, Goa, Pune and Kochi after Kabali hits screens.
Kabali releases worldwide this Friday.