Mishti's first film is with me, not Subhash Ghai: Prosenjit 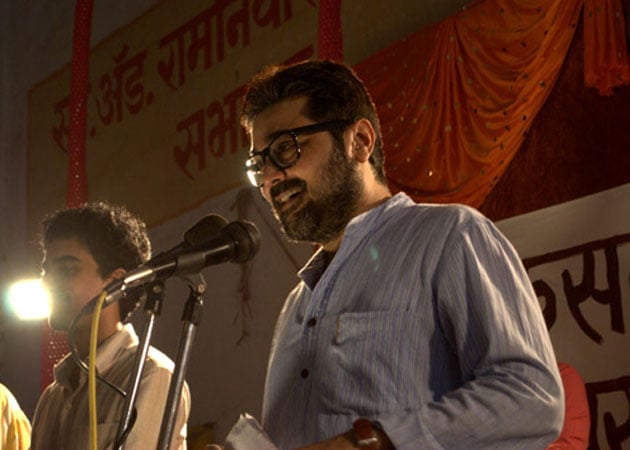 Mishti's first film is with me, not Subhash Ghai: Prosenjit

Mishti, who plays Subhash Ghai's protagonist in Kanchi, is actually Indrani Chakraborty and she is not the filmmaker's discovery, says Bengali superstar Prosenjit Chatterjee.

Mishti, who plays Subhash Ghai's protagonist in Kanchi, is actually Indrani Chakraborty and she is not the filmmaker's discovery, says Bengali superstar Prosenjit Chatterjee.
Mishti, aka Indrani, has just completed a film with Prosenjit directed by Rupali Guha.
Said Prosenjit: "She's a talented pretty girl. We are playing father and daughter in Rupali's film Porichoi. Now I hear she's being launched by Mr Subhash Ghai. How can she be launched by another filmmaker when she's already completed her first film with me?"
"We all would have loved to see her being launched by Subhash Ghai. After all Mr Ghai's banner is an all-India banner. The girl called me up when I was in Mumbai last week for the Stardust Awards and she told me excitedly about her big opportunity with Mr Ghai. I told her I was very happy for her. But she shouldn't deny her first film."
Porichoi is produced by Soumo Ganguly and it is set for April release, long before Ghai's Kanchi.
Elaborating on his film with Indrani, Prosenjit said it is a father-daughter subject, somewhat like the mother-son film Aandhiyaan.
"In Aandhiyaan, Mumtazji and I shared the same kind of parent-child relationship as I do with Indrani in Porichoi. The only difference is that I am the father now. But we're like friends. I play an NRI who left the country 14 years ago. His estranged daughter comes for a vacation with him and they re-discover their love for one another. It's a very sweet subject and Rupali Guha, who is veteran director Basu Chatterjee's daughter, has done a wonderful job," said Prosenjeet.
Porichoi was shot in Newcastle, Britain, over a period of a month in December 2012.
"I had no qualms playing Indrani's father. If you look at our photographs together, we look more like the lead pair than the father and daughter. Indrani may have her reasons for writing off her debut film because it's a regional film. But I'd give full credit to my producer and director for giving a newcomer such a big break. She should have been gracious enough to acknowledge our film as her debut. Maybe she doesn't think I am a big enough name."
Director Guha said that it is not true that Indrani has no acting experience.
"I have no clue why she's being projected as a newcomer. She was a newcomer in my film Porichoi. But after working with an institution like Prosenjit Chatterjee, projecting oneself as a newcomer is just not done. I wonder which era we're living in," she said.