Prithviraj tweeted: Lucifer starring 'The Lalettan' (Mohanlal), written by Murali Gopy, produced by Aashirvad Cinemas will be my directorial debut 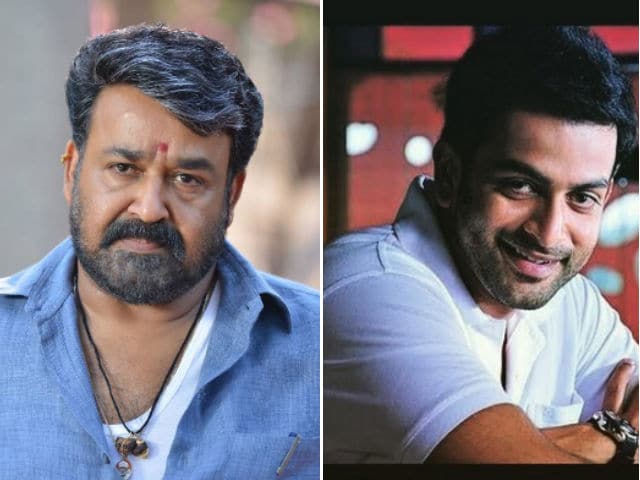 These images were posted on Instagram by Mohanlal and Prithviraj

So much has been written about Malayalam superstar Mohanlal's project Lucifer that we've lost track. The film, announced almost four years back, suffered many road blocks on the way. The latest development, however, is a big one - actor Prithviraj Sukumaran is taking over as director.
The film, written by Murali Gopi, was to see filmmaker Rajesh Pillai collaborate with Mohanlal and Murali for the first time, and would have begun shooting in 2014. Unfortunately, the plans did not follow through and both Rajesh and Mohanlal got busy with other projects.
Now it seems the film will definitely roll soon, with Prithviraj at the helm.
Prithviraj made the announcement on Twitter:


"LUCIFER" starring The Lalettan, written by Murali Gopy, produced by Aashirvad Cinemas will be my directorial debut! pic.twitter.com/m65YQTPzsV

Prithviraj Sukumaran is known for his extensive work in Malayalam films like Celluloid, Ayalum Njanum Thammil and Vaasthavam, as well as Tamil and Telugu cinema. He has also been seen in Hindi films like Aurangzeb and Aiyyaa. Lucifer will be his debut as a director. The actor has also doubled up as producer since 2011.
Lucifer will be produced by Antony Perumbavoor of Aashirvad Cinemas and the makers hope for an early release. Other details are as yet unknown.
Meanwhile, Mohanlal is enjoying the success of two back-to-back releases - Telugu action film Janatha Garage and Malayalam thriller Oppam.