Moon Moon Sen: Politics is not my Scene, Daunted by the Task Ahead 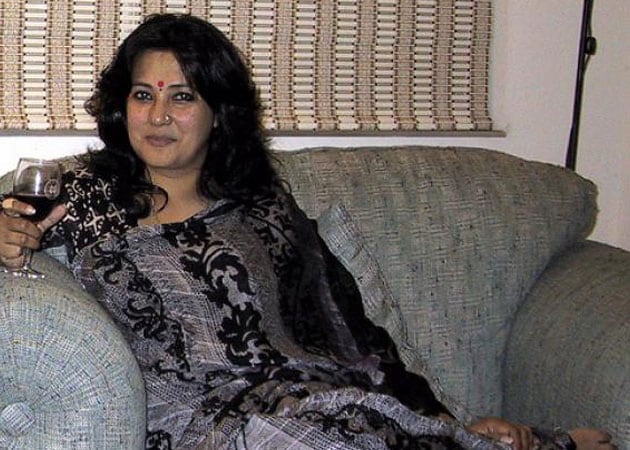 From providing medical facilities to improving cleanliness, actress Moon Moon Sen, who won the Lok Sabha elections on the Trinamool Congress ticket from the Bankura constituency in West Bengal, is on with the job. She says "the task ahead is huge" and that she wants to "recruit young dynamic people" to help her.
The 66-year-old, daughter of legendary actress Suchitra Sen, defeated nine-time MP Basudev Acharia of the CPI-M. Excerpts from an interview:
Ques: This electoral triumph must be astonishing for you?
Moon Moon: Yes, it is. It is astonishing for me as well as others. Initially, when the counting started, I was trailing. I couldn't take that. My heart almost collapsed. I've never lost in whatever I did. I may have had flop films, but never a flop film career. When I was doing my Master's degree, they gave me 54.3 per cent (marks). I was so disappointed, I never went back for further studies. For the elections, I was up against a formidable opponent. And there was an alarming rumour in the morning of the counting that the CPI-M was going to win.
Ques: Now that you've taken on the responsibility, what do you feel about it?
Moon Moon: You know, I'll say this again. Politics is not my scene. My husband (Bharat Dev) is very happy about it. But I am daunted by the task ahead. In a nation that is so vast and so poor, tell me about one political party which has made a difference to the poor in any state? I may be able to help a fraction of the population. But I would always be criticized for not helping enough. Bankura is the second-largest district in West Bengal. The task ahead for me is huge. I want to recruit young dynamic people from diverse backgrounds to help me.
Ques: So how do you intend to go about the task ahead?
Moon Moon: I am exploring, searching for people who can help me realise my dream. I will approach NGOs and doctors. Doctors have already come forward from Kolkata to set up makeshift hospitals. We've also planned to set up cottages for the nurses. We can also get into tourism in Bankura in a big way. The local people can work on building their constituency by themselves instead of getting labour from the outside. Bankura town needs to look cleaner. Appearances are important. The food is wonderful. And the people are so gracious. While travelling across West Bengal, I realised how humble and cultured these simple people are. Even little boys would fold their hands and do 'namaste'. Not one cheap or vulgar remark although I am an actress, and so are my daughters.
Ques: You seem very gung-ho about getting things done?
Moon Moon: It's important to change the image of politics and politicians. There is no need to be corrupt while granting favours. Yes, there are industrialists who need to get their files moving. Instead of taking a bribe, you could always say, 'Give me a cheque for a fund in my constituency.' Bankura has one of the largest leprosy hospitals in India, but not enough facilities and doctors. There are lots of international agencies that want to help them. Every day I am discovering new ways to help better my constituency. I was determined to go back and help the people of Bankura even if I had lost the elections.
Ques: I don't see you doing any more films at the moment?
Moon Moon: I have done two-three days' work with my daughters. I'd like to do roles once in a while. Acting is a magical profession. Why should I give it up?