Naga Chaitanya: Dad challenges me with his roles 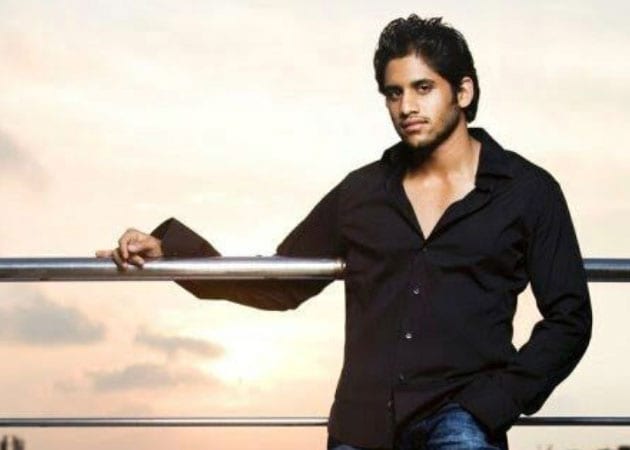 Naga Chaitanya made his debut with the 2009 film Josh

At 54, Akkineni Nagarjuna plays roles that give actors half his age tough competition, but his son Akkineni Naga Chaitanya, who doesn't mind the "healthy competition", says as an actor he is always challenged by the roles his father portrays on screen.

At 54, Akkineni Nagarjuna plays roles that give actors half his age tough competition, but his son Akkineni Naga Chaitanya, who doesn't mind the "healthy competition", says as an actor he is always challenged by the roles his father portrays on screen.
"Dad and I have a very healthy competition and it doesn't bother me. But I'm amazed at the roles he plays at his age. His roles such as a suave urban lover challenge me as an actor because at half his age, I wish I could play such roles," Chaitanya said.
"I understand how much people love him when women my age run to click pictures with him. Therefore, his presence in the industry would only challenge me to work harder but never pose a threat as competition," he added.
Chaitanya, who belongs to the third generation of actors from the Akkineni family, chose a career in films by will.
"Coming from Akkineni family, I could say I was drawn into cinema, but nobody forced me to become an actor. I was 19 or 20 when I was confused whether to take up films as a career. At that juncture, I enrolled in an acting workshop and then eventually realised I was destined to be in films," said Chaitanya, who made his cinematic debut in 2009 Telugu college flick Josh.
He says the star family status is a blessing.
"I don't bear any pressure since I come from a star family. Initially I may have, but now I see it as a platform that many people wish they had. I take it as a blessing and work towards a bright future," he added.
The 26-year old, who has starred in over half a dozen films, wants to follow in his dad's footsteps but gradually.
"Dad always tells me to do a variety of roles. I know I have done films mostly in romance and action genre because for a few more years I want to do roles I will be comfortable with. I don't think I'm ready yet to do an Annamayya because I need the experience to pull off these offbeat roles," he said.
With hits such as 100% Love and Ye Maaya Chesave to his credit, Chaitanya says he prefers the script over box-office numbers.
"A box-office number is good for a producer and the industry to keep the turnover game on, but as an actor I give importance to script. I will turn down a script, even if it guarantees Rs 100 crore, when I'm not convinced with it," he said.
"When I like a script, I take effort to add some commercial elements such that it does good business. I tell my director and make small changes that will attract audiences to come and watch the film more than once," he added.
Chaitanya is no stranger to controversies, but he says, "I find it funny to read about these things. I don't mind reading, but I would come forward and clear the air if there is some serious misunderstanding".
Having spent close to five years in filmdom, he has realized that "the industry only appears glamorous on the outside, but it's hard on the inside. It's made of so many people and all deserve their due importance. I have learnt to respect my seniors because I'm here because of them".
Unlike other southern heroes, Chaitanya currently has no Bollywood aspirations.
"Honestly, my heart is in Telugu for now. I'm interested to branch out to Tamil because I know the language. If Bollywood happens, it will be a bonus, but I'm not working towards a career in it," he added.
Chaitanya is awaiting the release of Telugu action-drama Auto Nagar Surya while shooting for Telugu family comedy Manam.
He also has a Telugu film each with directors Sreenivas Reddy and Vijay Kumar Konda in the offing.