Naga Chaitanya and Samantha were first seen together in 2010 Telugu film Ye Maaya Chesave. The actors then collaborated in Manam, Thrayam and Autonagar Surya which released in 2014 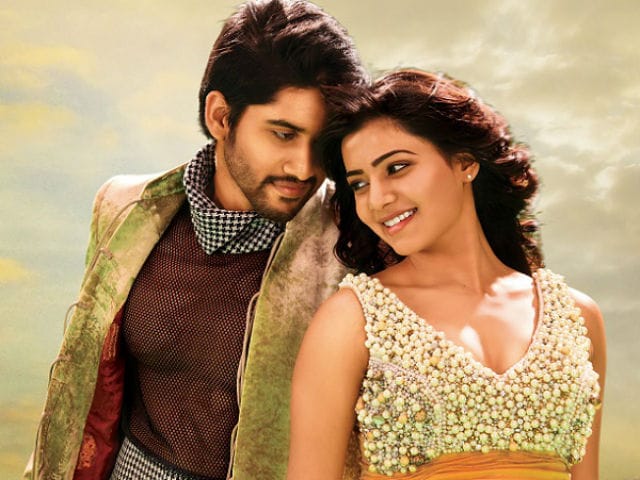 Telugu stars Naga Chaitanya and Samantha Ruth Prabhu and their romance have been melting social media's heart of late. The couple recently went public with their relationship and ever since, fans have been keeping a track on their outings-on and off screen. Naga Chaitanya and Samantha, who are set to marry next year, caught the virtual world's attention on Thursday morning courtesy a picture Instagrammed by the Eega actress. The much-in-love couple can be seen lounging in casuals and looking at each other with affection. Can they look any cuter? Look at the picture and decide for yourself.

A photo posted by Samantha Ruth Prabhu (@samantharuthprabhuoffl) on Nov 22, 2016 at 1:58am PST

Samantha, 29, also Instagrammed a picture with her wedding ring.

A photo posted by Samantha Ruth Prabhu (@samantharuthprabhuoffl) on Nov 21, 2016 at 7:21am PST

Naga Chaitanya and Samantha were first seen together in 2010 Telugu film Ye Maaya Chesave. The actors then collaborated in Manam, Thrayam and Autonagar Surya which released in 2014.
Samanatha, who reportedly split with actor Siddharth in 2015, began dating Naga Chaitanya soon after. Last month, the couple announced that the wedding would happen in 2017.
"I'm a very private person and I never felt the need to speak about my relationship in public. My friends have known about it for a long time. Then, when we informed our families, they supported our decision. We plan to get married next year," Naga Chaitanya, son of Telugu superstar Nagarjuna, told IANS earlier this month.
Naga Chaitanya, 29, also made it clear that he won't stop Samantha from acting after marriage.
"I don't think I'd ever tell her what she should and shouldn't do. I'm proud of her growth as an actress and I will encourage her to continue working. It was through sheer talent and hard work she got where she is today. I don't think she should throw away her successful career because of marriage," he explained.
Naga Chaitanya is set to star in Soggade Chinni Nayana director Kalyan Krishna's next project alongside Rakul Preet Singh. Samantha, on the other hand, is shooting two Tamil films- Irumbu Thirai with actor Vishal and Aneethi Kathaigal starring Vijay Sethupathi and Fahadh Faasil.
(With Inputs from IANS)