Naga Chaitanya, Samantha Ruth Prabhu to Get Married Next Year

Naga Chaitanya, who is dating actress Samntha Ruth Prabhu, says he'll encourage to her to continue with her work after marriage 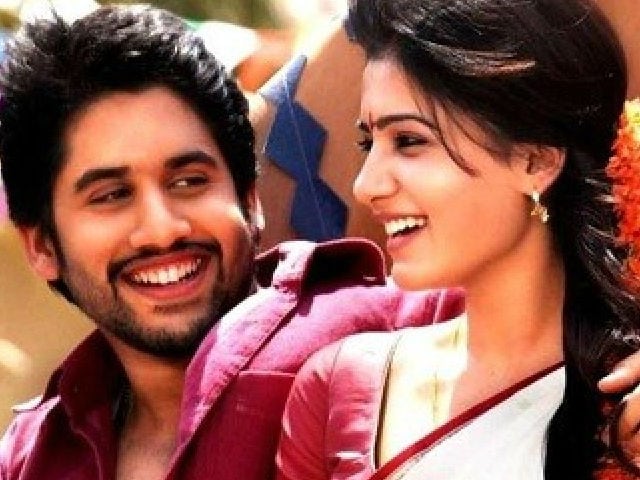 Samantha Ruth Prabhu and Naga Chaitanya in a film still.

Actor Naga Chaitanya, who admitted that he's in a relationship with Samantha Ruth Prabhu and is planning to marry her next year, says he is extremely proud of her growth as an actress. Although they have been seeing each other for a long time, it wasn't until a few months ago that their relationship came into the limelight.
"I'm a very private person and I never felt the need to speak about my relationship in public. My friends have known about it for a long time. Then, when we informed our families, they supported our decision. We plan to get married next year," Naga Chaitanya told IANS.
Naga Chaitanya said he won't stop Samantha from acting after marriage.
"I don't think I'd ever tell her what she should and shouldn't do. I'm proud of her growth as an actress and I will encourage her to continue working. It was through sheer talent and hard work she got where she is today. I don't think she should throw away her successful career because of marriage," he explained.
He also clarified it's not because of their relationship that Samantha walked out of upcoming Tamil gangster drama Vada Chennai.
Naga Chaitanya is excited about the release of Premam, the eponymous Telugu remake of the Malayalam blockbuster.
"We've made changes to suit Telugu sensibilities. Hence, this isn't a frame-to-frame remake. I really liked Premam and when we decided to remake it; our intention was never to make a better film. Honestly, this is our take on a wonderful film which was widely appreciated and accepted," he said.
The original featured Nivin Pauly and Sai Pallavi in the lead. Naga Chaitanya has qualms in admitting he took references from Nivin's performance.
"Nivin was terrific in the film. I don't feel ashamed to have taken references from his performance and also from my own life. I strongly feel this film will establish me as an actor," he said.
Directed by Chandoo Mondeti, Premam releases worldwide on Friday. It also stars Shruti Haasan, Madonna Sebastian and Anupama Parameswaran.
(This story has not been edited by NDTV staff and is auto-generated from a syndicated feed.)