Nagarjuna Does Not Think About Stardom 'Anymore'. Here's Why 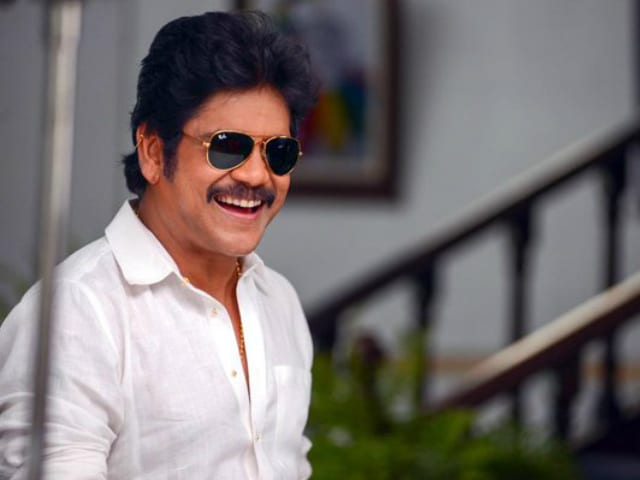 "I don't think about stardom anymore. I'm way past that phase. The only thing that matters to me now is doing good films. I may not have had a release in 2015, but the wait has paid off with Soggade Chinni Nayana, which has come out really well," said Nagarjuna

Actor Akkineni Nagarjuna said that he's at a position in his career where he doesn't bother about stardom anymore. Instead, he said that he would concentrate on doing good films, even if that means waiting for over a year for a release.
Nagarjuna's Soggade Chinni Nayana, which releases worldwide on Friday, is his first release since 2014 Telugu drama Manam.
"I don't think about stardom anymore. I'm way past that phase. The only thing that matters to me now is doing good films. I may not have had a release in 2015, but the wait has paid off with Soggade Chinni Nayana, which has come out really well," Nagarjuna told IANS.
Directed by newcomer Kalyan Krishna, the film also stars Ramya Krishnan and Lavanya Tripathi in important roles. (Also Read: Soggade Chinni Nayana: Nagarjuna, Ramya Launch Music on Christmas)
When asked about the film in which he played dual roles, he said: "I play the father and son. This is a fun film with a ghost angle. I also come as a ghost, but I won't be scaring anybody. This is not your regular horror film. It's a lovely story of a father returning as a soul to help his son".
The project was supposed to be finished earlier but Nagarjuna said that the delay was inevitable.
"Quite early on, Shruti Haasan walked out of the project for unknown reasons. We had to wait for three months until Tamannaah Bhatia came on board as her replacement. Though we completed shooting in September, we spent the last few months on post-production," he said.
Nagarjuna, who has an eye for detail, ensured that there was no compromise in the overall product.
"Once I finish shooting a film, I usually sit on it to see how we can make it better. This is something I've been doing for many years on all my projects," he said.
Nagarjuna has starred in a film that's completely set against a village backdrop after a long time.
"It's been a while since we had a film set completely in a village. Although villages are fast catching up with the cities, there's still something special about shooting there, like its serene environment. It was an amazing experience," he said.
As much as Nagarjuna is excited about the release of Soggade Chinni Nayana, he's also concerned about going head on with three more releases - Nannaku Prematho, Dictator and Express Raja.
"I find this trend very unhealthy, because it will force us to share our success. I had announced the release date of my film nearly three months ago and had even paid advance to theatres and blocked screens. Since I had planned in advance, there was no way I was going to step out of the race," he added.
Nagarjuna also awaits the release of Telugu-Tamil bilingual movie Oopiri, which also features Tamil actor Karthi alongside him.