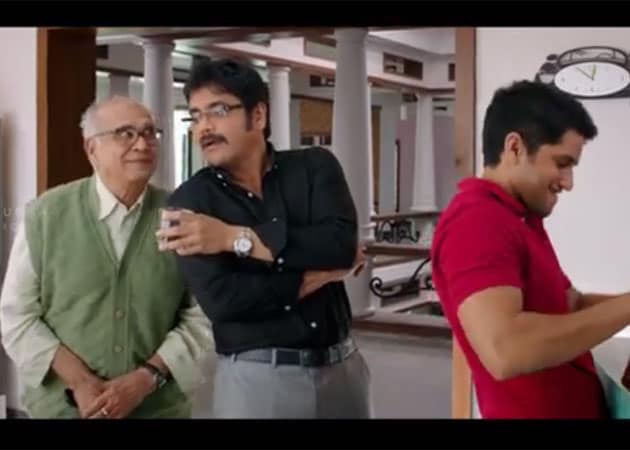 Actor Akkineni Nagarjuna, who is gearing up for the release Telugu family drama Manam, says the film will give audiences one last opportunity to see his father and late actor Akkineni Nageswara Rao on the silver screen.
"This is my father's last film and people shouldn't miss the opportunity to see him on-screen one last time. The film will be a befitting farewell to my father," Nagarjuna told IANS.
Manam, directed by Vikram Kumar, features actors from three generations of the Akkineni clan.
Besides Nageswara Rao and Nagarjuna, it also features the latter's son Naga Chaitanya. (Also Read: Akkineni Clan Unites in Manam)
"When we decided to act together in a film, we had come across a lot of scripts but nothing impressed us. Finally, when Vikram narrated this script, we were bowled over and realized it was what we were looking for," he said.
Manam, which also features Shriya Saran, Samantha Ruth Prabhu, Neetu Chandra and Raashi Khanna, is slated for worldwide release May 23.
Nageswara Rao died on January 22 this year. He was 91. (Also Read: RIP Akkineni Nageswara Rao, says Indian film industry)